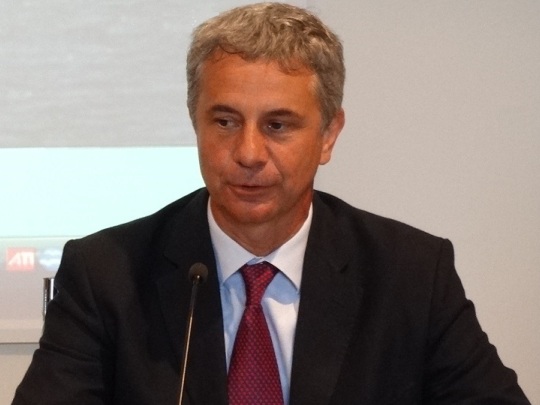 Pietro Pensa, the mayor of Esino Lario and a big supporter of  Wikimania Esino Lario 2016

Pietro Pensa, born in Busto Arsizio in 1960, is the mayor of Esino Lario since June 2015 and confirmed in 2020.
As a Structuralist Civil Engineer, he graduated at the Politecnico University in Milan in 1985 and he did military service in the Alpine.
Within 30 years of professional activity he developed and followed many projects in Italy and abroad. He has been a project manager for Aerimpianti SpA (Otopeni Airport in Bucarest) and responsible of the construction works for the building of the new hospitals in Vimercate and Garbagnate and General Coordinator for the realization of the urbanization activities and Cascina Merlata’s park, the Expo Village, Bus Parking and the connection gangway to the exhibition site, obtaining the qualify of “Quality construction site”.

As a Mayor he supported and actively collaborated to the realization of  Wikimania Esino Lario 2016, the event that collected more than 1.000 collaborators of Wikipedia from all over the world for their yearly congress.

Pietro Pensa released an interview to Italia Convention exactly about this big event in a small town in the mountains, to explain how all Esino Lario’s citizens have been involved in an unthinkable event which was very successful.