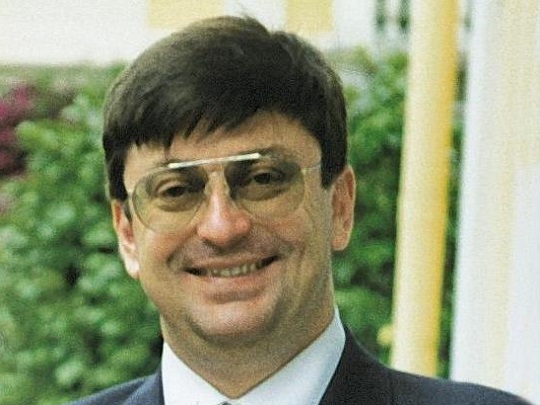 Gianfranco Bucher is a descendant of Franz Joseph Bucher, the forefather of a dynasty of luxury hoteliers that created Hotel Sonnenberg and the beautiful Burgenstock in Switzerland and looked after the creation and renovation of hotels in Milan, Rome, Genoa, and Cairo.

Gianfranco Bucher studied Mechanical Engineering at the Politecnico in Zurich, but when he was 22 he decided to follow his family vocation for luxury tourism and he enrolled in the prestigious Hotel-Management School in Lausanne.
At the end of it, he moved with his wife Dusia in an apartment at the Grand Hotel Villa Serbelloni in Bellagio, the propriety of his family since 1918, and he worked with his father Rudy in the management of it.

Under Gianfranco Bucher’s management, the Grand Hotel Villa Serbelloni is always present in the best international Guides.
In 1986 succeeded his father and took full charge, following through with the kind of hospitality his predecessors used: the hotel is considered like a “family home” open to the guests. Warm ambience and flawless service.
He pays particular attention to wellness and opened a news Spa. He also invested in the quality of the cooking that has become a must-service in luxury hospitality.  From 2005 onwards, his chef Ettore Bocchia obtained a Michelin Star that cannot be dropped.

Ambassador of Lombardy
In the end of the 90s, was President of APT (Agency for the Promotion of Tourism) for the Como area and he realized the “Guida Verde TCI” (very prized guidebooks published by the Italian Touring Club).
In 2000 he has been the promoter of the Consortium of Hotel Managers in the Como Lake area, supporting the realization of two special services with “Bell’Italia” and “Condé Nast Traveller”.
Since 2002, he sponsors the Trophy for Old and Classic Sailing boats on Lake Como, the first lake trophy of the genre. He is involved in promoting the history and the sailing culture in Lake Como and support those who want to hand down its history.
He has been for a long time the president of Promobellagio, an association of tourism operators.
In 2007, Gianfranco Bucher has been awarded by “Como nel Mondo” prize for his activity in favor of the area.

SPECIALIZATION
Gianfranco Bucher is considered a modern and enlightened entrepreneur. He deeply renovated and modernized the Grand Hotel Villa Serbelloni without altering the charm of this big neoclassical villa. He obtained big underground spaces in the park without ruining its structure or going against its original plan.

He bet and invested in the quality of the cooking and the Mistral Restaurant, the temple of chef Ettore Bocchia’s molecular gastronomy, obtained a Michelin Star. He is a firm supporter of hotel’s and touristic marketing and communication, especially online.