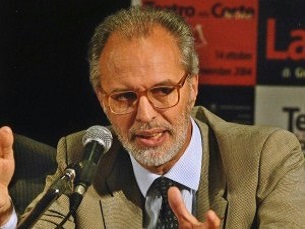 Since 2000 until 2014 Director of Teatro Stabile in Genoa (where he entered in 1971) and Director of the Acting School.

Council member of the Municipality of Genoa from 1990 until 1993 and from 1997 until 2000.
He participated in the conception and realization of the Colombian Celebrations (1992) and of the Acquarium of Genoa, he created the Film Commission and the Genoese Convention Bureau, he conceived and promoted the Touring Club and Gallimard guide dedicated to Genoa.

As a playwright he wrote many theatrical pieces like “Borges”, a world self-portrait and Inverni (Winters) by Silvio D’Arzo, interpreted by Ferruccio De Ceresa and Elsa Albani, and “Verso la fine dell’estate” (Towards the end of the summer) for Spoleto Festival with Anna Galliena and Massimo Ghini.
As a writer for Einaudi, he published “Insolita storia di una vita normale” – Unusual story of a normal life (Award of the city of Cuneo) and, in May 2015 “Il Ponte di Picaflor” (The bridge of Picaflor). He’s one of the authors of the 11 for the Liguria Region (2015).

He’s a Legion d’Honneur Knight and honorary citizen of Cabella Ligure (AL), his town of origin.