A new calendar for the upcoming 2022 Trade Fairs 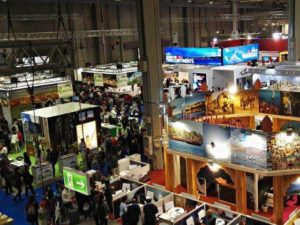 A summary of the early 2022 trade fairs that have been postponed or will be held virtually.

The year 2022 has just begun and some important trade fairs have already been postponed.
Here we report the ones that concern us most and we hope not to have to update the calendar again!

– HOSPITALITY in Riva del Garda moves to spring, from 21st to 24th March

– IMEX Frankfurt will be held from May 31st to June 2nd

– SALONE DEL MOBILE in Milan from 7th to 12th June

– BMT Napoli back to historical dates: from 18th to 20th March

– VINITALY in Verona from 10th to 13th April