The Classic Targa Florio is back – Pit Stop at Cantine Florio 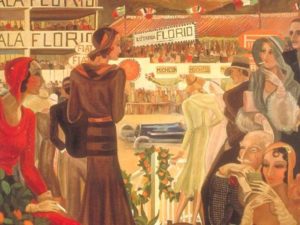 From October 15th to 18th. For drivers pit stop and lunch at Cantine Florio on October 16th.

Despite the difficult year, the 104th edition of Targa Florio is about to start, one of the oldest car races in the world, which takes place in Sicily between sea and mountains and which was founded by Vincenzo Florio in 1906.

On October 16, 2020 the drivers participating in the Targa Florio will make a pit stop inside the Beam and will be guests of the historic cellars the race was named after.

It is an event that attracts fans every year for a competition that has all the allure of great historical moments. Over the years, this competition has fascinated pilots and extravagant adventurers and has become a fixture for motoring experts from all over the world who run on the thrilling roads of Sicily.

An appointment that this year smells different, because it marks, along with others, the cautious but growing restart of live events all over Italy.

Do you want to know more about Targa Florio? Click here>>>

The venues:
Built in 1833, Florio Wineries are part of the circuit of Marsala and Sicily’s excellences and welcome every year visitors from all around the world. Cantine Florio offer 6 historic halls (3 of them connected) that can host up to 350 people, 300 for the buffet, and 500 standing. The wonderful Mediterranean garden may host up to 2,500 people.