The Capitals of Culture in Italy 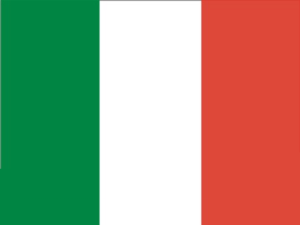 A meeting in Italy can help participants discover cultural and historical places full of charm. The Capitals of Culture can be a tool.

Until 1999 the “European City of Culture” was chosen
Since 2000 the title was renamed “European Capital of Culture”.
A maximum of two cities are selected for each year, with a pre-set country succession calendar up to 2033.

Since 2015, Italy has also created the title of Italian Capital of Culture. The first year 5 cities were designated, but since 2016 it has been decided to focus all resources on only one city.

Knowing which Italian cities have held the title can be an additional reason for a destination to be chosen as the venue for an international convention or a business meeting.

To date, the 4 European Capitals of Culture in Italy are:
– Florence (1986 – Tuscany) still as a European city of culture
– Bologna (2000 – Emilia Romagna) together with Brussels (Belgium), Reykjavík (Iceland), Bergen (Norway), Helsinki (Finland), Prague (Czech Republic), Krakow (Poland), Santiago de Compostela (Spain) and Avignon ( France)
– Genoa (2004 – Liguria) together with Lille (France)
– Matera (2019 – Basilicata) together with Plovdiv (Bulgaria)
In 2025 the designated capital is Nova Gorica (Slovenia), and Gorizia (Friuli-Venezia Giulia) in a joint bid
The next Italian designation will be in 2033.
To know more about the European Capitals of Culture>>>