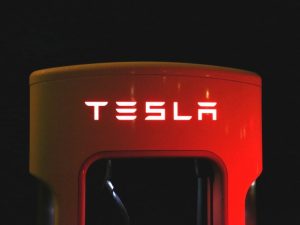 At the Grand Hotel Villa Serbelloni, the historical luxury hotel in Bellagio,  one of the first Tesla recharge points on Lake Como

The most luxurious electric car in the world, Tesla, is starting to be seen in Italian roads and also at the most exclusive meetings. The prestigious Grand Hotel Villa Serbelloni reasonably provided to welcome the new guests in the best way by offering three battery recharge points of electric cars: two Tesla columns and the third one with a universal attachment, all of them placed in the covered garage of the hotel.

“In the last period we have registered several “silent” arrivals by electric cars – Gianfranco Bucher, Grand Hotel’s owner, says –  and we are starting to see them not just as individual leisure, but also among the business arrivals. We have installed with pleasure the columns. It is a service that will become more and more important. But also we also feel kindred to the Tesla clients, who are sophisticated, curious about new things, and respectful of the environment aswell”.

Grand Hotel Villa Serbelloni
, a historical 5 star luxury hotel, stands on the tip of the promontory of Bellagio, in a lovely location in the center of Lake Como. It has 95 rooms, two restaurants, 3 meeting rooms, one of which is divisible in smaller rooms, a pool, SPA, big garden at the lakeside, private dock.
The Mistral Restaurant,  Michelin starred, can be reserved in exclusive for lunch during the week. The Goletta, the informal restaurant, is open with continued schedule from 12 pm until 11 pm. It is great for a non-stop group work.