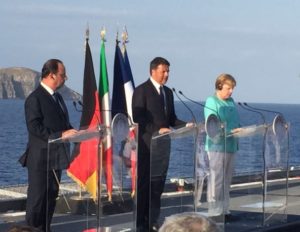 On that important occasion, Tecnoconference Europe–Gruppo Del Fio provided, in a short time, all the sound, video and lighting equipment, a delicate task that required enormous organizational and technical efforts.
The press conference held on the flight deck was the most difficult task to manage, because of the frequent helicopter takeoffs and landings.
A simultaneous interpretation equipment was needed for 300 journalists and delegations participating in the event. The goal was achieved by using a powerful infrared sound system, Rai lighting for shooting and signal transmission system for TV networks.

As for the closed-door meeting with the three European leaders and their teams, Tecnoconference Europe provided the simultaneous interpretation system (Italian, French and German), the conference system and AutoDome filming for the interpreters.

Tecnoconference Europe – Gruppo Del Fio is one of the main suppliers of hi-tech products and services for the meeting industry. The company provides sound, video and lighting solutions supporting clients from the creative project to the production of the event, using advanced multimedia technologies. Offices in ROME – FLORENCE – MILAN 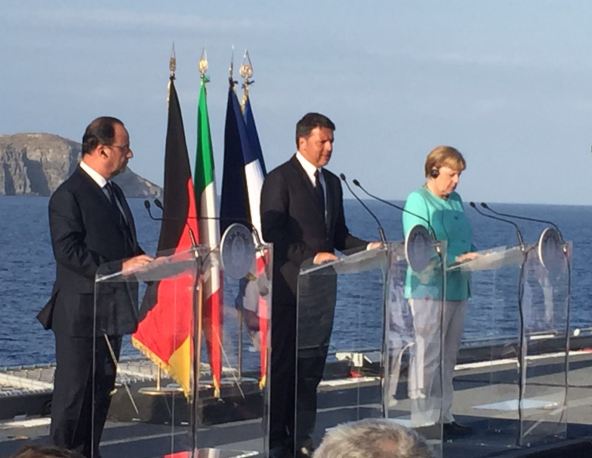