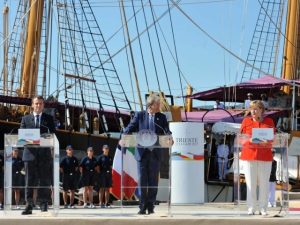 The summit of 13 European Heads of State and Government on the Western Balkans situation was held in Trieste on July 12.

The topic of the important meeting between 13 Heads of State and Government was the integration of Western Balkans states in the European Union. Speakers included Foreign Ministers, Ministers of Economy and Ministers of Transport of each state, the High Representative of the European Union for Foreign Affairs Federica Mogherini, Commissioner for European Neighbourhood Policy & Enlargement Negotiations Johannes Hahn, Commissioner for Transport Violeta Bulc, and representatives from International Financial Institutions.

The summit took place at Palazzo della Regione Friuli Venezia Giulia, at the Prefecture of Trieste, and aboard the Navy school ship ‘Palinuro’.
Tecnoconference Europe-Gruppo del Fio provided the necessary technological equipment, including the latest advanced simultaneous interpreting systems (into 10 languages), and a CCTV connection between the 3 locations. In the four listening rooms, participants were able to see the live-streaming of the summit between the 13 Heads of State.

Over 100 audio and video outputs were supplied to accredited journalists and televisions by Tecnoconference Europe. 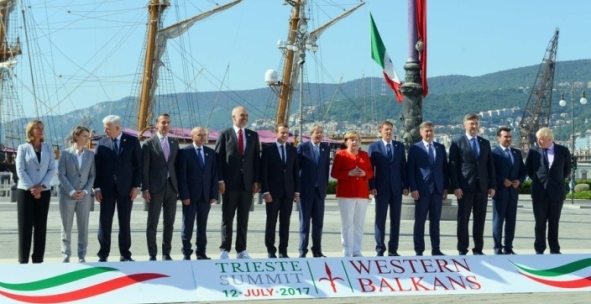