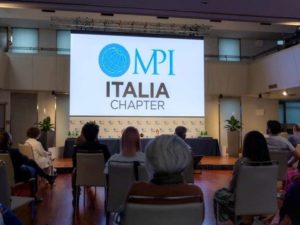 Over 100 meeting industry professionals celebrated the restart of live events in Turin for “Meet The ChaMPIons”, the 30th edition of the Annual Convention of MPI Italia chapter that the Piedmontese destination hosted in partnership with VisitPiemonte and with the organizational support of Convention Bureau Turismo Torino e Provincia, ATL Langhe Monferrato Roero and a network of local partners.

ENIT Italia was also a partner of the event. “The MPI Convention which has just ended in Turin highlights the importance of the meeting industry for the Italian economy and the urgency to restart from the domestic and European market”, said Maria Elena Rossi, Enit Marketing and Promotion Director. A declaration that underlines also the symbolic value of this event as a demonstration of the possibility of carrying out events on-site in full compliance with the safety protocols in force.

The program took place with a full agenda that combined valuable content and activities to discover the destination.

Keynote speakers were Laura Milani, President of Paratissima, and Svevo Moltrasio, author, film director, who inspired the participants by talking about the design of change and the awareness and enhancement of Italian excellence.

The round tables were focused on innovation, event performance, sustainability, and creative writing.

The MPI convention also underlined the importance of sustainability and social responsibility in the organization of events, launching a Corporate Social Responsibility Award won by Cristiana Vaccarino from Villa Fiorita (in Monastier, in the province of Treviso) who was awarded during the final evening of the convention that also celebrated the 30th anniversary of the Italian Chapter of MPI.

Luca Vernengo, new President of MPI Italy, said: “Meeting colleagues and friends on-site was very exciting and we could not have cut the ribbon of the new season of events better than what happened in Turin, so full of enthusiasm and great involvement of all partners and participants in the event. We are happy that the determination and commitment of the entire Board, in synergy with the Piedmontese partners, have been perceived by the participants and have given us a wonderful experience in Turin. The Convention has given us new nourishment to do and to do well. We all start anew from Turin ”.

Many exploratory activities to discover the destination and its uniqueness and excellence have been organized: from the sensory paths designed for an olfactory and on-the-road team building activity starting from Lavazza Museum and arriving at Risorgimento Museum, to a visit to the Langhe area for a truffle hunt and wine tasting at Fontanafredda cellars, a symbol of excellence in a UNESCO heritage area.

Luisa Piazza, General Manager of VisitPiemonte satisfactorily comments on the success of the convention: “It was a real thrill to host the 30th MPI Italia Chapter Convention in Turin, one year after the date initially set, in the presence of about 100 of the major professionals of the meeting industry: an important symbolic and auspicious moment for the restart of the on-site events. Three days in which we alternated moments of reflection and discussion with Italian and foreign experts, with relational moments, networking and discovery of the numerous Piedmontese attractions between Turin and the Langhe, Monferrato and Roero areas.
The Convention was an enriching opportunity for all participants, thanks to the many contributions given by representatives of institutions, companies, cultural realities. The various moments of meeting, after many months of uncertainty, were a real breath of optimism, underlined by the best Piedmontese hospitality and by the evocative settings chosen by the organization. From VisitPiemonte thanks to MPI Italia, Turismo Torino-Convention Bureau, Ente Turismo Langhe, Monferrato and Roero, and to all those who have worked for the success of the initiative, with the hope that a new season of success will open for the Piedmontese and Italian MICE sector “. 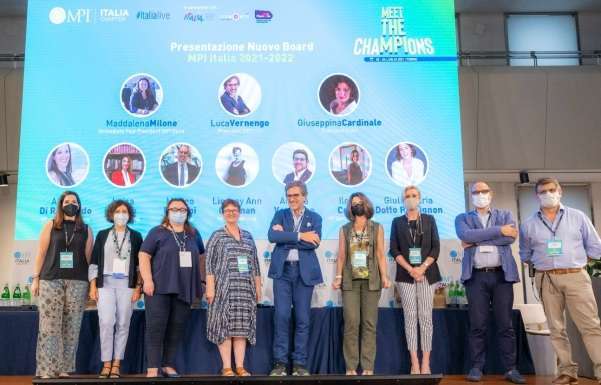