Disposable plastic to be banned by 2021 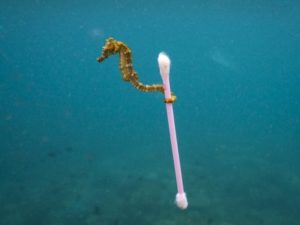 The European Parliament has drafted an initial agreement in an effort to tackle sea pollution.

The European Union has officially declared war on marine litter: single-use sandwich boxes and fast food containers, as well as any packaging made of expanded polystyrene, will be banned starting from 2021.

“Sewage surfer”, the photograph by Justin Hofman that portrays a seahorse carrying a cotton swab (finalist in the Wildlife Photojournalism category at the 2017 Wildlife Photographer of the Year Awards), has become the symbol of an environmental disaster that can no longer be ignored.
The first items to be banned are mostly made of single-use plastic, and include plastic cutlery, plates, straws, balloons, food containers.

“This is a milestone in the global effort to reduce plastic waste,” said Elisabeth Köstinger, Austrian Federal Minister for Sustainability and Tourism.

For the first time, it seems that even supranational institutions are finally taking the issue of sustainability to heart.

ItaliaConvention has dedicated a series of articles to sustainability and “green” events. Read them here >>>

With his next challenge, Alex Bellini, solo explorer and contributor to ItaliaConvention, is trying to bring awareness to the issue of plastic waste and the damage it is doing to our planet by visiting the Great Pacific Garbage Patch in the Pacific Ocean. Find out more here >>>