Sexual harassment in the meeting industry 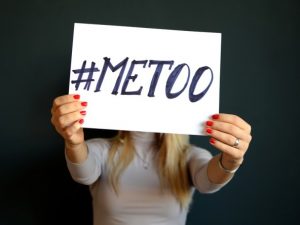 250 meeting planners have talked about their experience with sexual harassment at events.

The sexual harassment tsunami hasn’t spared the meeting industry, and it has painted a not-surprising but equally sleazy scenario.

About two-thirds of the 250 respondents to Meeting & Conventions’ survey have experienced work-related sexual harassment, and half of them have been harassed at meetings.
Most of them have had some sort of reaction, either by telling the harasser off or calling the police. But 1 in 5 hasn’t spoken out, and for half of them, the reason is fear of repercussions at work.

60% of the respondents said that they know or strongly suspect some form of harassment has occurred at their meetings, but that action has been taken against the alleged molesters.
However, 29% of interviewees claimed to be worried that some allegations could be false, and about half of them added that there is a very fine line between flirting and harassing.

Thankfully, 70% of the respondents stated that they are “glad such reprehensible behaviour is finally being exposed”.
But we must also think about the other 30%, who would prefer silence: is it out of fear or omertà?