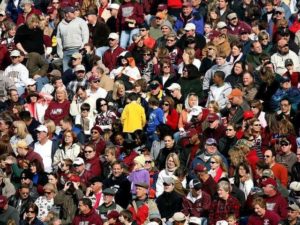 Many European destinations are starting to feel overwhelmed and crowded by tourists. Local demarketing has kicked off.

The World Tourism Organization has provided dreadful statistics regarding the overtourism phenomenon: one billion tourists per year (an ever growing number) all over the world, 2 billion estimated by 2030.

In 2017, between 23 and 29 million people have visited Venice: 74 tourists per resident, 300 in the historical centre — a worldwide record. The municipality has launched EnjoyRespectVenezia, an awareness campaign designed to counsel visitors on tourism flows and deter them from swarming into crowded spots. The Mayor has proposed fines ranging from €50 to €500 for those eating in the streets or on the steps of cathedrals and monuments.

Florence has already had enough of its 18 million tourists per 350,000 inhabitants. In the historical centre, residents are deprived of thousands of apartments that are allocated to tourists for short-term lettings.

San Giminiano and Cinque Terre are also in danger of overtourism: over 2.5 million tourists per 4000 residents every year, with the 5 Terre Card being introduced to try to control tourist flows. Other Italian cities may face a grim future, too.

Abroad, the Mayor of Barcelona (30 million tourists per year) started a war against the opening of B2Bs and the likes, which caused residents to flee from the city centre.

Amsterdam, which welcomes 14 million tourists every year, has opted for a demarketing strategy: the “DiscoverTheCity” app gives real-time information on waiting times for every museum, as well as the best times for canal cruises.

Dubrovnik has become one of the most popular cruise ship destinations, and it’s in distress. After taking in 583 cruise ships in a year (more than Venice), it’s now trying to limit the number of tourists: 4000 in the morning and 4000 in the evening.

The Balearic Islands are invaded by 14 million tourists per year (+6%), and AirBnB was fined €300,000 for promoting tourist accommodations without a license.

Iceland, virtually unknown until a few years ago, is now registering arrivals five times higher than its residents. And the number keeps growing.

Mara Manente, director of the International Centre of Studies on Tourism Economics at the University of Venice, goes straight to the point: “The costs of overtourism, which means tourist overpopulation, can be higher than the benefits. Tourist monoculture nullifies local productions and poses a threat to the community. Local demarketing is the only solution”.