The most visited US city is not New York 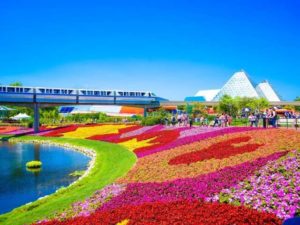 Amusement parks are what made the difference: Orlando, FL, welcomed 72 million tourists in 2017 (including 6 million from abroad) – 5% more than 2016, and 10 million more than New York City.
Disneyworld, the amusement park for families that occupies an area of 120 square kilometers with its 4 theme parks, 2 water parks, 20 resorts and 60,000 employees, is one of the main reasons why.