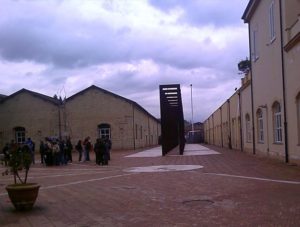 An important partnership to promote conventions in the city

Convention Bureau Napoli (CBN) and Città della Scienza (City of Science) have signed an agreement in order to relaunch the city as a high quality convention venue.
This collaboration relationship represents the last step of a path that wants to put together the main business and social realities of the city with the purpose of showing to the market an efficient and organized city. Concretely it concerns an exchange of ideas and opportunities, and the participation to the industry fairs to promote the destination. It will begin from the next IBTM in Barcelona.

Giovanna Lucherini, Convention Bureau Napoli director is optimist: “For CBN this represents another step of a difficult path, but it’s already giving us satisfaction. Città della Scienza is an excellence of our city with whom we had a great agreement. This agreement demonstrates what we can do and which is the right direction”.

Convention Bureau Napoli (CBN) was founded in november 2015 as a a network of private enterprises active in the meeting industry in Naples. Its purpose is to promote Naples as events’ destination and to provide all the support necessary to the planners who choose Naples as a meeting venue.