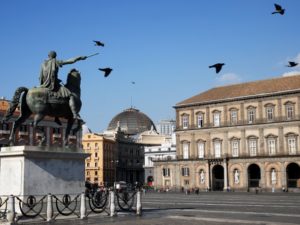 Naples has been picked to host the international event that brings together the most important tunnel engineers of the world.

The city of Naples has been chosen to host the world-famous conference WTC2019 (World Tunnel Congress 2019) for six days in May 2019. The event will be attended by the best tunnel engineers from all over the world.
The announcement came directly from San Francisco, where the Convention Bureau Napoli (CBN) Director Giovanna Lucherini achieved this remarkable accomplishment by supporting the AIM Group International proposal on behalf of SIG (Società Italiana Gallerie).

By winning the World Tunnel Congress 2019, Naples beated London, Istanbul and Salzburg – Giovanna Lucherini said – We worked hard to offer a valuable product that could meet the needs of such important conference.
Over 2.000 people are expected to take part in the event that will take place in Naples from May 3rd to 9th 2019.
Art, architecture, history and archeology will be discussed by some of the most important experts in the field.
CBN President Armando Brunini expressed his satisfaction with such an impressive achievement, gained only a few months after CBN started its activity.
“This is a new step forward towards the goal of turning Naples into a tourist and conference destination”, Director Lucherini added, “This achievement proves that Naples is able to play a central role in the Italian congress tourism industry in the near future”.
This remarkable accomplishment follows another important “underground” result: “Toledo” subway station in Naples has recently won the Innovative Use of Underground Space award at the International Tunnelling Awards 2015.Convention Bureau Napoli is a private company operating in the meeting industry in order to coordinate the promotion of Naples as an important destination for business travellers 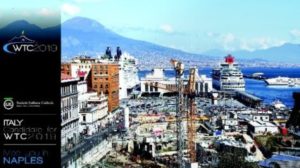