MPI Italia Chapter in Naples – A Convention full of energy 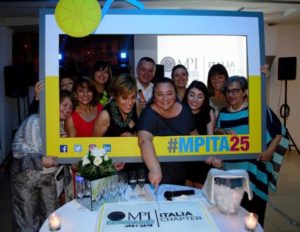 Workshops, networking and the wonderful city of Naples for the 25th Anniversary of MPI Italia Chapter.

Naples proved to be the perfect scenario for the event, delighting the participants with two sunny days and a breathtaking view of Capri. An excellent weather that mirrored the jolly and positive atmosphere of the convention.

A rich training and networking program under the direction of Giovanna Lucherini, also in the role of new Director of Convention Bureau Napoli, that has coordinated the logistics of the event.

On Friday, July 1st the workshops were assigned to five speakers who dealt with useful and interesting topics for event organizers:
– Alessandro Costantino, the ingredients for good relations with suppliers and assistants
– Bert van Loon, personal branding
– Carlotta Trevisan, etiquette with Chinese guests (see also the article written by Carlotta Trevisan for ItaliaConvention)
– Concetta D’Emma, the service for guests with allergies or dietary restrictions
– Gaetano Contento, the new role of consumer-creator
The participants could attend all the events, thanks to a well-planned schedule.

Saturday was dedicated to the discovery of Naples, a city full of potential for the meeting industry. A tour of the participants’ choice of the Catacombs of San Gennaro or of Capodimonte Museum, a jewel of a museum with artworks by Masaccio, Raphael, Titian, Caravaggio.

The day ended at Città della Scienza, in the renovated event spaces. High-tech facilities in a location where the industrial past of the building perfectly coexists with innovation.

(cover photo: cake cutting for the 25th Anniversary of Italia Chapter
below Giovanna Lucherini and Mauro Bernardini presenting the workshops – participants of the convention
one of the groups visiting Capodimonte Museum) 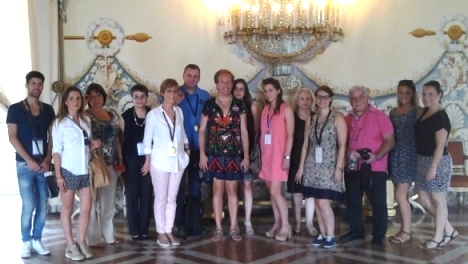