Meetings and tastings at Florio and Duca di Salaparuta Wineries 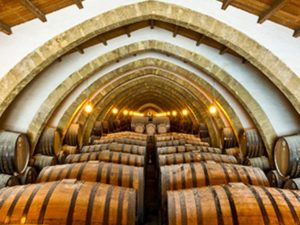 Florio and Duca di Salaparuta Wineries in Sicily: the ideal venues for a corporate meeting to be concluded with excellent wine tastings.

Both venues have various meeting rooms where to organize events and meetings throughout the year with the possibility to have a guided tour and try Duca di Salaparuta, Corvo and Florio wines, and typical local product tastings.

It is a great opportunity to enjoy a unique and Italian experience during the free-time.

At Florio Wineries, visitors can have a guided tour to discover huge vats of the 19th century that are still used to refine the Marsala wine. The visitors wander among the coppers, where the old tuff floor has been restored, and finally, they enter in the Sala Degustazione Donna Franca (“Donna Franca” Tasting Room) where they can taste wine and typical local products.

Cantine Florio also regularly organize private and group tours of the cellars.
Click here to see the program from November to March >>>

For the wine lovers, wines and typical products can be purchased at both the wineries as a souvenir of a meeting in the sunny Sicily.

Near Palermo, Cantine Duca di Salaparuta in Casteldaccia, have two meeting rooms that have been recently restored, combining both the historical parts and functional and modern set-up. The wineries offer meetings and tastings of Duca and Corvo wines with typical local delicacies. They also organize private and group tours. Click here to see the program from November to March >>>