Manuel Ferrari, the 2015 Pastry Chef of the Year is in Bellagio 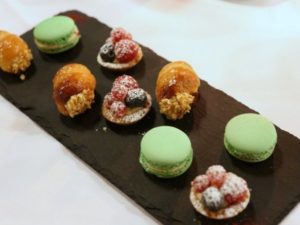 Originally from Trentino Alto Adige, Manuel Ferrari has been working at Villa Serbelloni for 16 years: sous-chef first, he has been a pastry chef since 2011. This unusual path has allowed Ferrari to employ his experience and knowledge of “savory” cuisine to get the most out of his pastry work.

Mistral (1 Michelin star) is one of the two restaurants of Bellagio’s Grand Hotel Villa Serbelloni, and over the years it’s become an unmissable destination for gourmet cuisine lovers. On weekends, it’s open for lunch and dinner, while during the week it’s only open for dinner; the restaurant can also be exclusively reserved for events or work meetings.
It will close for the winter seasonat the end of October, and it won’t re-open until the beginning of April 2015… So hurry up!
Reservations: (+39) 031 956435

Ettore Bocchia, Mistral’s Executive Chef, has written an article for Italia Convention outlining the advantages of molecular cuisine, that enhances raw materials and facilitates the process of organizing high-quality lunches and dinners for large numbers of people.
Read it here >>>