Italian is the fourth studied language in the world 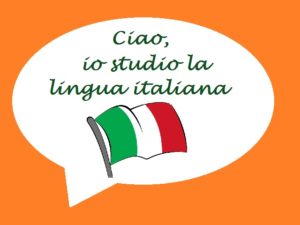 Ethnologue’s 2018 edition, released by SIL International, both print and digital publication, ranks Italian the 4th studied language in the world by non-native speakers in 115 countries.

Italian language is preceded by English, Spanish and Chinese and precedes French, that places 5th.

The Italian language occupies the 21° place worldwide for the number of speakers,  67 million people, whereas, English ranks first with 1.190 billion, in second place Mandarin Chinese with 1.107 billion people, third is Hindi-urdu spoken by 697.4 million people. It is followed by Spanish (512.9 million), Arabic (422 million), and French (284.9 million)…

But we have a new record: since Italy was subject to great Diaspora, Italian as a mother-tongue is spoken in 26 countries in all.

A fun fact: Ethnologue has reviewed up until today 7.111 spoken languages, a third of them being endangered languages spoken by less than a thousand of people.