The world of luxury tourism on stage at ILTM Cannes 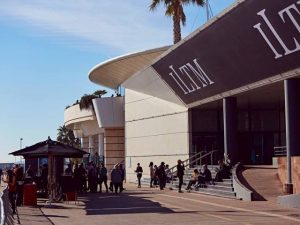 From December 2nd to 5th, 2019 ILTM Cannes is representing the most important and prestigious luxury exhibition in the world.

Among the Luxury Hotels that attend ILTM (the International Luxury Travel Market) in Cannes from December 2 to 5, 2019:

Royal Hotel Sanremo is a luxury hotel founded in 1872 and managed by the same family for 5 generations. It’s one of Liguria’s 27 Historical Hotels, as chosen by the “Locali Storici d’Italia” Guide. It has 6 meeting rooms that can accommodate up to 300 people, all naturally lit and with a 16,000m² subtropical park or sea view. It’s a few minutes away from the beach and Sanremo’s city centre, Casino, and luxury boutiques.

(Stand C202 together with The Mall Luxury Outlets)

Grand Hotel Villa Serbelloni, a historical 5-star luxury hotel in Bellagio, is located on the promontory right in the center of Lake Como. It has 5 meeting rooms, 95 rooms, 2 restaurants, a pool, a SPA, a large lakeside garden, and a private dock. Mistral is a Michelin-starred restaurant, while La Goletta is open from 12 pm until 11 pm.
(Stand: XO Private X161c)

Hilton Molino Stucky Venice offers 379 rooms and suites, and it is the hotel with the largest convention center in Venice. The hotel offers 14 meeting rooms and a Ballroom that can accommodate up to 900 people. Eight bars and restaurants, the second-largest SPA in town and a panoramic swimming pool overlooking the city make the hotel the ideal venue for any event.
(Stand E269)