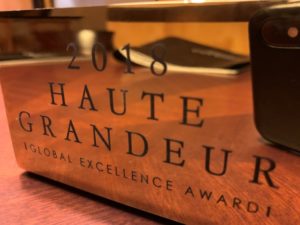 Like every year, Haute Grandeur Hotel Awards, an independent initiative dedicated to the promoting excellence in the hotel industry, has assigned its 2018 awards in a gala ceremony at Versace Palace in Dubai.
The best hotels, restaurants and SPA of the world (172 Countries) are awarded according to only the guests’ feedback on the quality of their stay. Winning such an award assures the hotels of a worldwide visibility and acknowledge.

Carlo Izzo, Kolbe Hotel Rome managing director collected the awards ( in the photos collecting the award and in front of Versace Palace together with his sons Alessandro and Stefano). 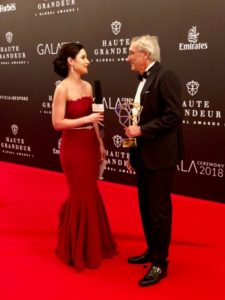 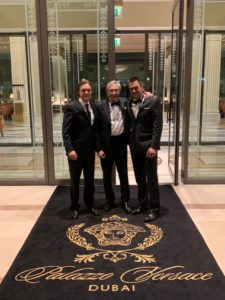 The Venue
Kolbe Hotel Rome, 4-star hotel located in the historic center of Rome, offers 19 natural lighted meeting rooms. The Unique Al Palatino Garden Restaurant, characterized by a suggestive and cozy ambiance, is located in the oldest part of the ancient palace, and offers Italian traditional cuisine, but also vegan and gluten-free menus.