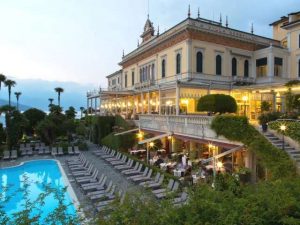 A lucky year for the Grand Hotel Villa Serbelloni awarded 3 times in 2019: the best recognition of the staff’s commitment in the past years.

Three awards in a year are the result of constant work by all the staff and in 2019 the Grand Hotel Villa Serbelloni in Bellagio can end the season with great satisfaction:
– the hotel has been ranked 1st Top Resort in Italy, 3rd among Best Resorts in Europe and it is among the top 50 Best in the World in the overall ranking of the Travel & Leisure World’s Best Awards
– furthermore, the Grand Hotel Villa Serbelloni is ranked among the top 10 hotels in Italy in the Condé Nast Traveler Readers ’Choice Award
– and finally, it has just been awarded as one of the Best Hotel du Charme in Europe by the French Prix Vilegiature.

Also, the Michelin starred Mistral Restaurant is one of 12 Italian restaurants with 3 hats in the Restaurants Guide 2019 by L’Espresso, just released.