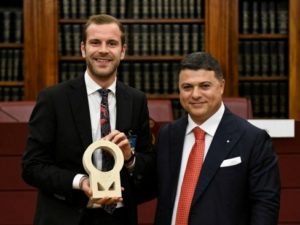 The renowned 5-star luxury hotel in Bellagio has been nominated Ambassador of the Lombardy region at the “100 Italian destinations” celebration.

At the 2nd edition of “ 100 Italian destinations award” – taking place in Rome – the Grand Hotel Villa Serbelloni located in Bellagio has been awarded as “Ambassador of the Lombardy region”
The award ceremony was presented by the journalist Alda D’Ausanio and by the president of Honour Committee Franco Frattini.

This special award called “Ambassadors of the Territory” has been introduced this year by Riccardo Dell’Anna Editore to give value to the best companies and experiences in sustainability and cultural promotion in all regions of Italy.

Grand Hotel Villa Serbelloni, attentive to the tradition of professional excellence, and still owned by the Bucher family celebrating in 2018 100 years of property, has been awarded for the Lombardy region. The award was collected by Paolo Bucher, representing the fourth generation of the family.

Grand Hotel Villa Serbelloni is recognized as one of the best contributors to the fame of Lake Como around the world.
Spanish, Romanian, Albanian, Egyptian monarchs,  Russian and  British aristocracy have stayed in the hotel’s royal suites, but so did also relevant politicians and business families as the Roosevelts, the Rothschilds, the Kennedys, Winston Churchill, or great celebrities of the past as Mary Pickford, Douglas Fairbanks, Maria Schell, Clark Gable, Robert Mitchum, Romy Schneider, up to famous guest of today appreciating the beauty of the hotel and its care for the guest’s privacy.

Being so prestigious, Grand Hotel Villa Serbelloni often appears in excellence rankings promoted by the most popular newspapers of international tourism and in 2018 Condé Nast Traveler Readers’ Choice Awards ranked it in the best 50 hotels in Italy. 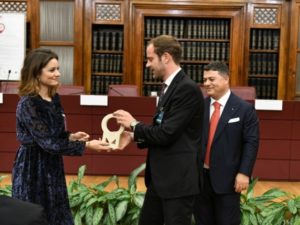 The venue
Grand Hotel Villa Serbelloni, a historical 5-star luxury hotel, stands on the tip of the promontory of Bellagio, the lovely little town called also “the pearl of the lake” in the center of Lake Como. It offers clients 95 rooms, 3 meeting rooms, one of which is divisible in smaller rooms, a pool, SPA, big garden at the lakeside, private pier. Two restaurants: one of them, the Mistral, is Michelin starred.