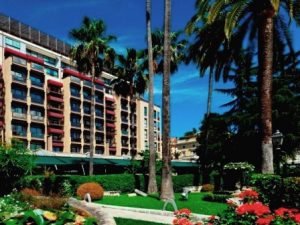 In early December 2016 the Grand Hotel Parco dei Principi of Rome hosted the second edition of Forum MED – Mediterranean Dialougues, the event promoted by the Ministry of Foreign Affairs and International Cooperation and by the Institute for International Politics’ Studies (ISPI).

A lot of representatives of the Italian and foreign Government attendet at the event, such as the General Secretary of the Arabian League Ahmed Aboul-Gheit, the Foreign Affairs Minister of Qatar, Mohammed Al-Thani, the high commissioner of the UN for refugees Filippo Grandi, the Iranian Minister of Foreign Affairs  Mohammad Javad Zarif, the UK Minister Boris Johnson, the US Secretary of State John Kerry and the Russian Foreign Minister Serghei Lavrov.

The Forum concerned topics up-to-date in all Countries, which nowadays have to deal with new and unexpected challenges and problems. Among the principal subjects of the Forum:
– the common security
– the fight against terrorism
– the future of the Middle East
– the immigration
– energy
– growth
– the role of women and youth to relaunch the economy.

The location
Parco dei Principi Grand Hotel & SPA is just 15 minutes away by walk from Piazza di Spagna, Trevi’s Fountain, Via Veneto and Via Condotti. It has 18 meeting rooms, such as the Sala Fernandes that can host up to 900 people – theater set up. Wide spaces in front of the meeting rooms make possible to organize coffee breaks and lunch buffet. The poolside is available for cocktails.