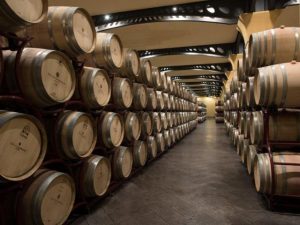 On Sunday, May 30, the modern Cantine Duca di Salaparuta in Casteldaccia, a few km from Palermo, and the historical Cantine Florio in Marsala take part in Cantine Aperte (“Open Cellars”), the most important wine event in Italy.
A special occasion for all wine lovers and planners who want to learn more about Cantine Florio in Marsala and Cantine Duca di Salaparuta in Casteldaccia for a moment of relaxation.

CANTINE FLORIO
Cantine Florio program includes various guided tours starting at 10.30 am. And in the evening visitors can book a visit with a tasting. The tastings will take place in the suggestive Florio Terrace.
RESERVATION REQUIRED
For more information
tel. +39 0923 781305/0923 781317/0923 781111
visiteflorio@duca.it

NOTE: For wine lovers abroad who want to get to know more about Cantine Florio and Cantine di Duca di Salaparuta in Casteldaccia, guided tours are also available ONLINE.

The venue:
Built in 1833, Cantine Florio is part of the circuit of Marsala’s and Sicily’s excellence and welcomes every year thousands of visitors from all around the world. Cantine Florio has 6 halls (3 of which connected) that can host up to 350 people, 300 for the buffet and 500 standing. The wonderful Mediterranean garden can host up to 1,500 people.

The venue:
The historic Cantine Duca di Salaparuta winery in Casteldaccia has 3 meeting rooms for events for up to 150 people. Modern and essential furnishing. The renowned Corvo di Salaparuta wine was created here in 1824.