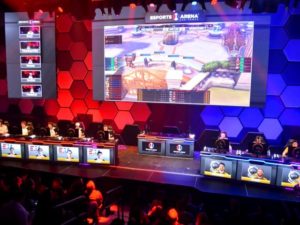 The leading event of the eSports industry takes place in Las Vegas on 17-18 July.

Video games have been around for over 40 years, but only in recent years they have transformed into a legitimate and competitive industry (“eSports”) that sees tournaments and competitions, both live and online, involving large numbers of enthusiasts and professional players.

The eSports Travel Summit (2nd edition, 17-18 July 2018 in Las Vegas) was started in 2017 as a section of the TEAMS Conference & Expo in Orlando, and it was an immediate success. Its aim is to promote the world of eSports and all its business opportunities, especially for the tourism industry. It’s estimated that the number of eSports enthusiasts around the world amounts to over 190 million, a number that continues to grow.

Live events now represent a huge opportunity to show off the skills and achievements of eSports players, who are becoming recognised celebrities and therefore attracting high numbers of fans and sponsors, as shown by the large investments made on the best teams and the launch of venues specifically specialised in eSports.
Even the leading sports leagues have understood that the eSports world represents a very effective way to get in touch with and attract the youngest generations.