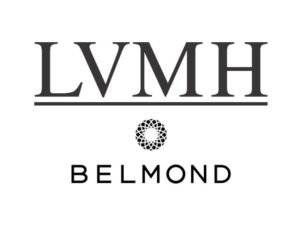 In Italy, Belmond owns 8 hotels: the Cipriani in Venice, Hotel Caruso in Ravello, Hotel Splendido and Splendido Mare in Portofino, Villa San Michele in Fiesole, Grand Hotel Timeo and Villa Sant’Andrea in Taormina, and, since early 2018, the Casole Castle in Siena.
Around the world are the Copacabana Palace in Rio de Janeiro, Le Manoir aux Quat’Saisons in Oxfordshire, the Grand Hotel Europe in St. Petersburg, and the Cap Juluca Resort in the Caribbean island of Anguilla.
Plus: trains such as the Venice-Simplon Orient Express, which offers extra-luxury “retro” journeys across the Old Continent, the river cruises “Road to Mandalay” in Myanmar and “Afloat” in France, and the famous “21 Club” restaurant in New York City.

French group LVMH, whose sole shareholder is Bernard Arnault, who controls it both directly (5%) and through Christian Dior SE (42%), is renowned worldwide as a luxury hub, owning fashion brands such as Dior, Luis Vuitton, Fendi, Donna Karan, watch and jewelry brands such as De Beers Diamond Jewelers, Tag Heurer, Hublot, Zenith International, and champagne brands such as Dom Pérignon, Krug and Veuve Clicquot.
In the hôtellerie world, LVMH already owns the Bulgari (with hotels in Milan, London, Bali, Beijing, Dubai and Shangai, as well as an upcoming opening in Paris) and the Cheval Blanc (Courchevel, Maldives, Saint-Barthélemy) chains.

This colossal deal came as something of a surprise, as rumors of an interest by Middle Eastern (especially Qatari) assets and by the Blackstone real estate group had been going around.