Alex Bellini on way to the Great Pacific Garbage Patch 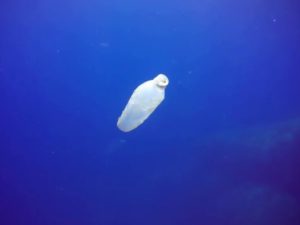 It’s the largest plastic accumulation zone in the world, located in the Pacific Ocean and measuring 3 times the size of France.

Alex Bellini (the famous explorer – or adventurer, as he’d rather be called)’s next journey will be in the Great Pacific Garbage Patch, the horrifying floating island in the Pacific Ocean made up of millions of tons of plastic waste that cover an estimated surface area of 1.5 million square km, about 3 times the size of France.

Alex Bellini will navigate one of the 10 most polluted rivers in the world, responsible for 90% of the plastic currently floating in the sea, on a raft made of recycled materials. He will then reach the Great Pacific Garbage Patch, located between San Francisco and Hawaii, only one of the 6 largest plastic islands in the world’s oceans that cover a surface area close to the size of Canada.

Why are you doing it? Alex was asked. “To draw attention to garbage as a very serious issue that many don’t know about. And because people – who are responsible for this disaster in the first place – are also the only ones who can do something to solve the problem. In short, there’s no ‘Planet B’, so we have to do something.”

Explorer, adventurer, and coach, too. When he’s not busy with his solo challenges, Alex Bellini works as a mental coach for companies.
For ItaliaConvention, he’s written an article on the art of motivational speaking. Read it here >>>

Want to know more about Alex? See his profile here >>>

Here’s Alex explaining his quest for a cleaner world: