The story of an unprecedented project, told by the person who imagined and realized it.

Wikimania Esino Lario 2016 is the international Wikipedia event held in Esino Lario, a mountain village with 761 inhabitants in the province of Lecco. After Washington DC, Hong Kong, London and Mexico City, Esino Lario was selected as the host city, defeating the bid from Manila, the capital city of the Philippines.

The idea of hosting the meeting in Esino originated on August 15th 2016, after analyzing the experience of Wikimedia Hong Kong. We realized that, unlike a big city, a village can offer a real opportunity for interaction, encouraging communication, debates and collaboration among the participants. But the candidacy of Esino goes beyond that: it is the demonstration that a small place doesn’t necessarily conceive only small projects. This means that everybody – everywhere in the world – can be part of the creation process of universal knowledge which is, ultimately, the idea behind Wikipedia, the free encyclopedia edited by volunteers around the world. 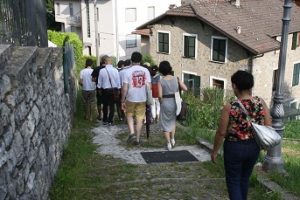 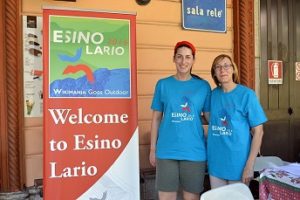 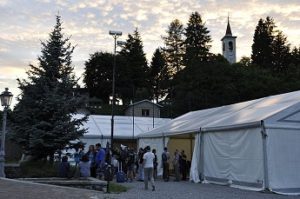 My idea to propose Esino for Wikimania 2016 has been endorsed by the volunteers of Wikimedia Italia and Wikimedia CH, by the municipality of Esino Lario and, over time, by more and more people and institutions. After a feasibility study and an extremely detailed executive project involving about 80 people, the project has received support from Cariplo Foundation (€ 190,000), from Wikipedia Foundation (€ 200,000) and, finally, from Regione Lombardia (€ 300,000 to fix the road and € 200,000 for the infrastructures), from Province of Lecco (availability of Villa Monastero in Varenna and about € 200,000 for road services), from SUSPI – University of Applied Sciences and Arts of Southern Switzerland (approximately € 10,000) and from important partners such as Eolo (€ 100,000 for the connectivity), Elmec (that provided not only technical materials and storage services, but also a competent team, for about € 30,000), Norda, Mauri, Icam and many others. I believe that a cooperative event is basically an event with an incredibly long list of acknowledgment. 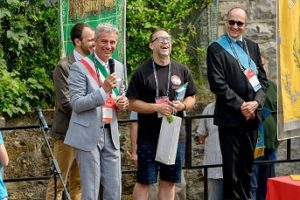 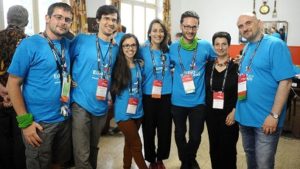 Wikimania has been organized by almost 300 volunteers. A core team made of about a dozen of people has followed and coordinated all the key aspects of the five-day conference. The preparatory works started in August 2013 with the comparative study of all the Wikimania events from 2005 until now and the feasibility studies for Esino Lario. The first bid presentation was made in May 2014 in order to ask for a change in the general calendar; it was subsequently updated in December 2014.
The executive project prepared for the bid presentation was extremely detailed. It included a written agreement from the owners of 738 free beds available in Esino Lario, images and plans of every building used for the conferences, technical drawings, an estimate of costs for the renovation of the buildings, a new program structure based on three parallel systems (included a double blind peer-review system) to select the necessary interventions, menu proposals for people with special dietary needs, communication and connectivity plans, the strategy, contacts and documents necessary to get the visa for the participants coming from places like Iran, Iraq, Bangladesh, African countries, etc. 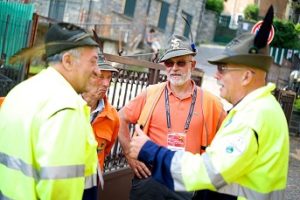 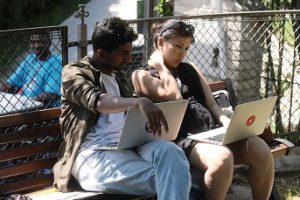 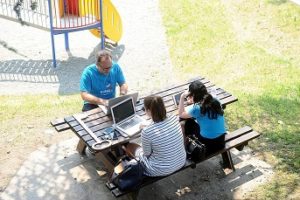 All the planned interventions were completed on time and, more surprisingly, even a large number of unplanned works were successfully carried out. All of this would have never been possible without the enthusiasm and the energy of the people involved in our project. Our volunteers built a tensile structure to host the 500-seat cafeteria, while the restaurants in Esino provided about 500 additional meals. We also rented some scooters and a small train to help people with reduced mobility. A bus shuttle service from the airports to Esino was made available for the participants. The electric power distribution system and the fiber-optic network of the venues were drastically improved (1 Gbps internet connection). Finally, the event was covered by an insurance sponsored by HDI Maglia Company, while the security service was provided by the crisis unit in cooperation with Alpini, Protezione Civile and Police. 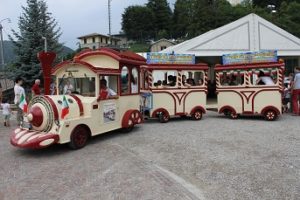 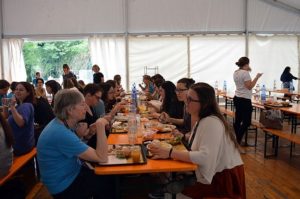 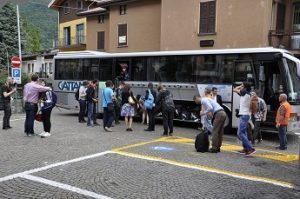 The outcome of three years of work is a 5-day event (from June 21st to 28th), featuring a hundred conferences, debates, workshops and classes. More than 300 volunteers – students, firemen, local associations – dozens of policemen everywhere, about 70 apartment owners and hoteliers who provided accommodation for 738 people in Esino Lario. With regard to the entertainment, the event was livened up by a Theremin activated by a hawk, a country night, a rock concert, meditation and gong, walks, an orchestra performing during a silent movie, choir, cooking competitions, cocktails, chocolate and cheese tastings, music, games and sports. Over 1300 participants and a small train going all around the village. An extremely difficult conference to organize which, for this very reason, has received an unprecedented media coverage for Esino Lario. An event that is already legendary. 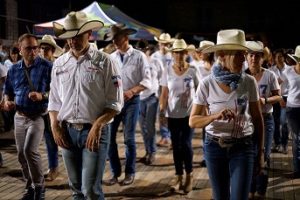 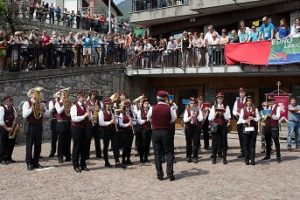 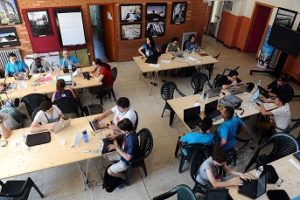