Creativity is a magic word, good for many things. An instructor and researcher helps us understanding: is it a “gift of the few “or a “capacity of everybody”?

1. What is Creativity?
“Ideas – if they are in a pure state – are a wonderful mess: provisional approvals of infinity” Alessandro Baricco
The word “creativity” is often used as a synonymous of being original or innovative. Actually, those characteristics are just a part of a concept with a more complex and articulated structure. We can define creativity as the capacity of producing things and ideas through three characteristics: to be new (originality and innovation); to answer to a problem solving need; to have an adequate level of formal elaboration and social recognition.

In other words, a concept or an object are creative when they represent an innovation, they solve a problem (even if it is just of individual expressivity) and they can have a certain social recognition.  A work of art is a typical example of creative production: it did not previously appear in the same form, it fulfills a need of expression and communication of the author or of the commissioner and it can obtain a social recognition. A new product can also be a good example.  The iPad of Apple – when it was launched – was a new object, born to satisfy new desires of the consumer that can excite an immediate success both because of the technical solutions and because of the beauty of the tool.
When the newness does not answer to these characteristics, the result is “oddity”. For example, people who suffer from some serious mental disease sometimes create new form of language. Only the speaker can understand this solipsistic language. These linguistic productions can be very original, but they lack in social recognition and in problem solving, so there’s no creative production. Creativity can also be defined as the capacity of focusing on the problem and of giving proper solutions. On the other hand, it can be defined as the capacity of producing new concepts or objects through the connection of other object or concepts.  All these definitions make understand the multiple meanings of this concept.

2. Creativity is human
The scientific research affirms that creativity intrinsically deals with a human ability. All the human beings are creative in this sense. Our brain has been conceived to be creative. Every child is a living repertoire of creative behaviors: a clear demonstration of our natural creative interaction with the external environment. During the years, we might lose this capacity.
Some persons are more creative than others. Left-handed persons are the most creative persons: it is not a case that Leonardo Da Vinci was left-handed. Generally, women are more creative than men, because the interaction between the emotive and rational part of the brain is easier.
Moreover, you have to distinguish between ordinary creativity, which produces small innovative changes to a product or a service and an extraordinary creativity, the one that makes the biggest discoveries in science, techniques, culture and society.

3. Is creativity useful?
Creativity is the most useful thing in the whole life. Maybe, we are neither aware of the importance of creativity. We switch the radio and we listen to a song that we like. For example, the modern song “Without you” of David Guetta or the classic one “Fifth Symphony” of Beethoven: both would never exist without the creativity of their authors.  If we are thirsty, we drink Coca-Cola thanks to a creative American pharmacist. If we get a fever, we know that with the antibiotic we will get better. Therefore, Alexander Fleming through his discovery contributed to save millions of lives.
We could go quoting endless examples of problems resolved thanks to creativity. Every creative innovation in the human history makes life worth experiencing. 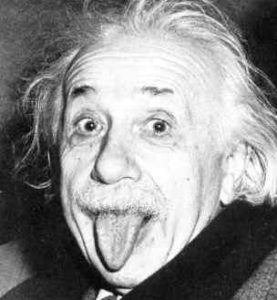 4. We are all creative, but we can do better
From a practical point of view, the creative thought is measured through four dimensions: the fluidity (ability to produce many ideas), the flexibility (ability to produce ideas of different type), the originality (ability to statistically produce ideas, which are not frequent) and the elaboration (the level of detail and definition of the produced ideas). Those who have a very fluid flexible, original or elegantly detailed thought, can be defined as very creative. Nevertheless, everybody can practice and improve his own creativity and all we can increase the pleasure of the serendipity: that state of grace in which ideas are spontaneously born in our mind. This is the creativity.

“Everyone knows that something is impossible, until there’s a fool who does not know it and invents it” Albert Einstein