When present in a meeting, interpretation and translating become a critical factor for its success. In order not to face weird situation, it’s a good idea to know the professional background of the linguistic services, in fact:

1. Translator VS Interpreter
Translators only deals with written documents (technical, literary, legal, etc.), usually from the foreign language to their own native tongue, interpreters only work “voice-to-voice”. Some interpreters are also translators, but we are talking about two different professions, with different training and competences. Their international associations are FIT-IFT (translators) and AIIC (conference interpreters).

2. Conference interpreter
This is the most highly ranked professional in the field of interpretation and it requires a high level university degree. The conference interpreter, often a freelancer, works for internationals organizations, public institutions, diplomatic services or private companies in the occasion of conventions or conferences.
They can translate both simultaneously or consecutively. (more to follow). 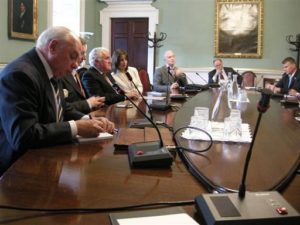 4. Interpreter consultant
This professional works as a liaison between the organizers and the team of interpreters, he/she is a conference interpreter that knows the market deeply and can coordinate the technical organization of a meeting, suggesting reliable equipment and hiring the interpreters. He/she knows the specializations, preferences and dislikes of each interpreter and, depending on the languages, the topic and location he/she can compose the ideal team thus optimizing the costs of the interpretation.

5. Simultaneous interpretation
This technique is very common because it allows the fast course of the meeting proceedings, even when more languages are involved. The interpreter, inside a soundproof booth, listens and translates in real time in their working language, usually their native tongue. The listeners receive the translation on headphones.

Due to the great amount of stress that this job cause, there are usually at least 2 interpreters for each language in the booth, with frequent shifts, usually one every half hour.

Simultaneous interpretation was born during the Nuremberg Trials, at the end of WWII, to solve the complex problems of multilingualism of the courthouse (defendants, accusers, witnesses, judges, journalists, …), and those due to deadlines and emotional stress.

6. Consecutive interpretation
This has long been the only interpretation possible, before technology allowed the implementation of the simultaneous translation. Sitting close to the speaker, the interpreter takes notes using special signs to write down concepts more than words and provides the translation when the speaker pauses.

Today this kind of translation is becoming less and less used as it requires double the time simultaneous translating does. It’s a difficult technique and only the most praised professionals truly dominate it, faithfully reproducing the original speeches in all of their nuances.

It is indicated for negotiations, official speeches and interviews. Undoubtedly its main advantage is that it doesn’t require booths nor specific equipments. It can be implemented anywhere and even use the same microphone as the speaker. In the field of conventions, due to this aspect, it’s often used to translate short speeches by a single foreigner speaker. 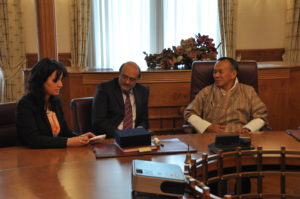 8. Oversound (amplified interpretation)
This is a simultaneous translation directly amplified in the room, thus saving on the cost of the headphones rent. As an inconvenience, it makes it impossible to listen to the original speech to those who know the language of the speaker. It’s generally unappreciated by the speakers that can’t hear their voice and tend to pause at the end of every sentence waiting for the end of the translation.
It requires a state of the art sound system and it can’t be implemented in all of the halls.

9. “La bidule” (touring interpretation)
From the French “bidule” = gadget, that is the briefcase used by the tour guides. They speak in a microphone and are listened to by twenty people tops, through headphones. In our case, this is a sort of “itinerant simultaneous” interpretation, with the interpreter placed very close to the speaker. During corporate visits, inspections or similar occasions, it is a good alternative to consecutive translation for small groups and short speeches. On the other hand, on the occasion of a convention, it can’t be a substitute for simultaneous interpretation. 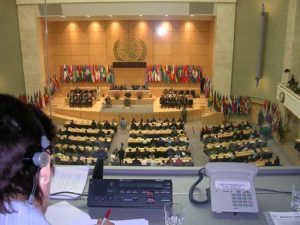 11. Linguistic combination
The AIIC divides in three groups the languages used by each interpreter.

12. Relais and Pivot
Complex system that entails the indirect interpretation of the language spoken by the speaker. It is used in the case of rare languages that are not known by all the interpreters of the team. The first interpreter, the “pivot”, translates the message from the original to another language spoken by all the other “relais” (=relays), who then translate the speech each in their passive language.

It’s a complicates solution that necessarily creates a delay in the translation and a risk of multiplying the mistakes. It is to be used just in very extreme cases!