Hotels for meetings. Are they changing for the better?

The hotel for meetings is traditionally the most used venue, but a lo of organizers don’t like some aspects. Today things are changing, thanks to the evolution of the offer.

Aleksandra Dermit is an event organizer from Trieste who is a specialist and very well known in the environment, known also for being very critical towards the hotel proposals.

Her positive comments have a double value.

1 – The hotels for meetings in Italy. What is happening?

It happens that the hotel industry finally realized that the meeting isn’t a filler during the low season, but it’s a real business.

In the last years I noticed that always more hotels are professionally equipping to host meetings. This means new architecture of the rooms, facilitated intern logistics, technical equipment or at least arrangements and, especially, personnel formation specifically dedicated to the meeting industry.

New hotels for meetings are arising, in particular franchising, and old leisure hotels are reconverting, keeping their nature and becoming, then, hotels for charming meeting.

Currently here is a very positive process, even though the offer in it’s complex still presents some considerable flaws.

2 – Which are the most recurring flaws of the hotels for meetings?

First of all the entrepreneurial mentality. Many hotels still exist that regarding the meetings’ sector have a sufficiency attitude. It seem that they say: “if you want it’s like this, otherwise I don’t know what to say to you”. And you still have to do with your problem. They don’t want to understand that that problem has to be solved, that the explanation of the reason why it isn’t possible isn’t enough for me.

And then there is the personnel formation. Frequently there is no interaction between the different services and it seems that no one of them knows well what is a meeting. Everyone contributes but they don’t interact among them and neither with the client. The most frequent case is the shifts that change during the event. You’ve struggled so much to explane everything perfectly to the person who has the morning shift and finishes at 2 pm and someone else arrives who don’t know anything.

Once, the executive director replied to my complaints in this way: “these are the hotel procedures, do you want us to change them for your meeting?” The answer Is “Yes”.

3- And which are the advantages for a good hotel for meetings?

They allow you to rationalize the time of the event. Everything happens there, there are no dead moments and, for instance, it’s programmed by the organization and it’s not forced by the transfers or the like. You can use that time to make some networking activities or even just for pure relax. The people who attend conventions get less tired in a hotel, they are less stressed. Also for the buyer a good hotel for meetings, which is equipped and professional, is very reassuring.

4 – What are the most frequent structural limits in the hotels for meetings?

The inadequate spaces. Especially the height of the rooms. A 3 meters tall room is a noose: you can’t elevate the stage, the projections aren’t well visible and it feels like you’re suffocating. It can (badly) support 30 persons max.

4-5 meters height aren’t frequent but it would be enough for a meeting of a hundred of people. It’s even more difficult to find a hotel with more than 5 meters.

More often these kind of spaces are declared to be odd capacities.

The rule says that it must be calculated 1.5 mq per person excluding the stage.

The commercial spaces are often very narrow and nowadays the sponsor is almost mandatory.

The same thing for the coffee breaks at the hallways and for the workshops and subgroups in the bedrooms.

Another structural problem is about not arranging a dedicated restaurant and rarely there is another room with an adequate capacity to be set up.

Logistics: only very few hotels have loading and unloading area, and especially a dedicated stockroom. How many hotels for meetings have a forklift to unload a bunch of brochures of 8 quintals?

5 – Which are the most encouraging improvements of the new hotels for meetings?

The introduction of an own formed personnel to support the meetings. I found people recently graduated who did an internship in a PCO and really had that extra oomph. A hotel for meetings must have one or two dedicated figures to this business branch, and not just to the sales one.

The event manager of the venue who takes in charge of the event and follows it from the start to the end, who is always present (and not just reachable by phone) and is a reference for the organizer, is by now an unavoidable must. We can’t go to the director to reduce the temperature of the air-conditioning.

Always more hotels for meeting understood that the congressional has its rules and needs and they need to be obeyed.

6 – And what about the catering?

Generally it has improved a lot, but still reserves some bad surprises. The menus are shabby, with always the same dishes, more often they aren’t even well done, they haven’t disappeared.

In this sense the firms must protect themselves because the success of the event can depend on a miserable dinner. The hotels for meetings impose their own catering so don’t hesitate to change venue if the cuisine doesn’t totally convince you.

But luckily there are some excellences, hotels who made their kitchen their real strong point.

7 – So the mentality changing is ongoing?

Finally yes. The numbers and the empirical comparisons demonstrate it.

In these days we are trying to organize an event in Trieste for mid October. Until ten years ago in the half of October you could just find hotels which are half empty. Maybe now we have to give up because you can’t find available rooms. It’s all the meetings, small or big, hat bring vital life to a city which is in difficulty. And I’m saying it as an inhabitant of Trieste.

The mentality changing is basically this: offering to real, prepared and responsible people, to whom to talk with about thousands of problems of a meeting and that these people are able to resolve them or to give you the information that you need.

Unlike some hotels that make you necessarily talk with the booking center where you just find very kind girls who haven’t ever seen the hotel.

They could also be very efficient and rational structures but, just by the approach, they aren’t good to organize a meeting. 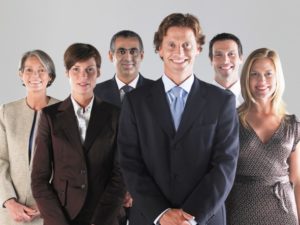 8 – Which suggestion would you give to a Company who has to choose a hotel for a meeting?

Every case must be evaluated and an infallible general rule can’t be given. But as an empirical criteria, I would say that a hotel for meetings that makes you dialogue with a young, motivated and enthusiast event manager, starts very well. 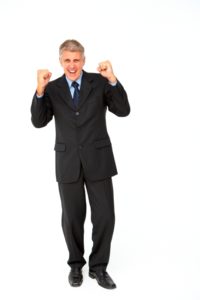