The gnomes of success 2: the feelings

Here’s the third article about the reasons of success/failure in the corporate events. A check list of “to do”s and “not to do”s on which you should focus. Ask the Gnomes for help…

1. Other Gnomes…
In the previous articles we talked about the cruel Knights of Fiasco that scheme to make our event fail and of the kind Gnome of Success that help us to make everything go properly.
But we are not done with the Gnomes: we talked about the Here Tribe, formed by the Goals Gnomes that work on the side of the company; we still have to talk about the There Tribe, the Gnomes that work among the participants!
The Gnomes of the There Tribe are called Feelings. They hide in the hearts and guts of the participant so… be sure that if you’ll only target their heads you’ll never find them. 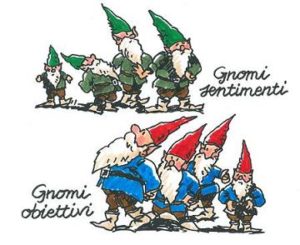 2. The Feeling Gnomes
There are three main Feeling Gnomes: Belonging, Opportunity and WellBeing. The Gnome “Belonging” carries around with it a crowd of little gnomes brothers with pompous names such as “ProfessionalPride”, “TeamSpirit”, “CommonHistory”, “FeelValued”, and so on…
It’s a rocky kind of guy, this Belonging… one of those that, once they say “I’m in!”, can be counted on for a long time. If it doesn’t say so, things don’t look so bright. If you want to conquer it, give plenty of cord to its siblings. And don’t forget to consider that a sense of belonging means loyalty.
The Gnome “Opportunity” is a serious, far-sighted type. Despite being a Feeling, it can assess the situation clearly and it quickly understands if it is interested or not. If he isn’t, he kicks the table and foils all your plans, but if it is he then becomes the engine of the enthusiasm. Please, do not disappoint it and do not trick it with fake substance. 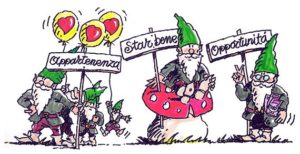 “WellBeing” is the third Feeling Gnome. Contrariwise to Opportunity, it looks at the “here and now” but thinks forward, to tomorrow and beyond. It is uninterested, easygoing and happy and if it’ll find out that here, among these people, in this Company, with these products it’s possible to have a good time and to keep having a good time, it will help for you and work for your success, without saving itself and smiling.
The Feeling Gnomes tend to be behind each other: if you look for shortcuts staking your all on one of them and neglecting the others, if you act as a crawler aiming to easy plaudits, beware, because it may turn out badly.
These are the Feeling Gnomes of the There Tribe, they are honest people that appreciate sincerity; treat them loyally and respectfully, without cynicism or attempting tricks, they’ll become your friends. And not just that: they’ll become your guardians and we’ll have you stepping in the future.

3. End of the fairytale. Summary.
Let’s now step away from the fairytale of Gnomes and Knights and make a clear summary of the sense of these three articles. 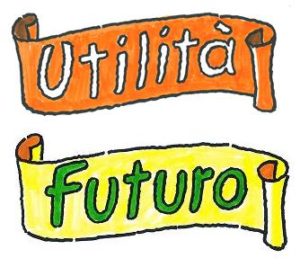 4. Attention: Danger!
There are also some traps: 1) the Shortcuts: e.g. since success comes with applauses, aiming for applauses mistaking them for success. A demagogic approach creates apparent results, that do not last and cost a lot. It is very typical of ailing companies and insecure managers. At the end of the day, it is not convenient. 2) being “Squint”: aiming for something and doing something else. E.g. if you want your Flash to be a “leader’s worth competitiveness” why hiring a comedian that talks about losers? Just because it’s fun? And if the metaphor of the event is Ancient Rome, what’s the point of having sushi for dinner? 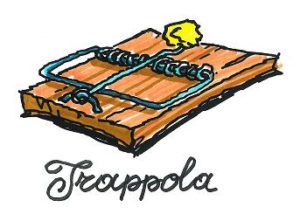 5. Moral
In short, which is the gist of a corporate event? It is to be found it these two words: Usefulness and Future. It is important to ask oneself: “Have I reached any useful goal? Have I created a view of the future?” Usefulness for the company and view of the future for the participants are the engines and indicators of the success. The more they are pursued with precision and rationality from planning to implementation, the more the success will be deep and long-lasting. The more they are neglected the more the result will be fleeting. Success is written in the project and written piece by piece. So is failure.

And what’s the point of the fairytale with Knights and Gnomes? Does it grant success? No guarantee, consider it as a simple check list of the “to do”s and the “not to do”s and of goals on which to keep an eye. And make it yours.

You will discover is less “light” than how it seems! 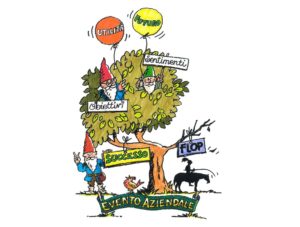