The four knights of defeat

The most common causes for the failure of an event are only four, no more. But they are merciless. Knowing the four Knights of Fiasco is a good start in fighting them.

Let’s begin with a fact: any corporate meeting, be it big or small, extraordinary or routine, a convention, meeting or conference, creates an emotive sense of expectation in the participant and this needs dealt with on an emotive plan.
From the optimistic “It will be interesting” to the aggressive “Here’s another pointless waste of time”, the success/failure game is played on the field of emotions. The result is a “global feeling”, an emotion – either positive or negative – that turns into an unappellable judgement. Don’t make the mistake of evaluating everything solely on the plan of rationality and efficiency.

You need to know that the positive feeling at the basis of the success of an event, the one that makes everyone say “it couldn’t have gone better!”, has four swore enemies, the four cruel Knights of Fiasco. Their names are UnluckyLocation, BadFood, Boredom and HotAir. Learn how to fight them!

The former two of them deal with the external organization (logistics) while the latter two concern the program and realization of the event. Beware of the Knights of Fiasco: if they manage to step in you’re doomed, they’ll sure win! Even one of them by itself can still be devastating. If two or three happen to ally there’s no possible remedy! 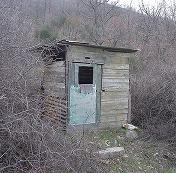 The first Knight of Fiasco is UnluckyLocation. There’s absolutely no reason in the world, be it economical (it is cheap!) or due to laziness (it is really close, we already know it, the manager is a nice guy, etc.) that justifies the choice of a unfit location. Unfit means non suitable. If there’s no parking and everyone is coming by car this is how the disaster begins. But also an ugly or squalid location is to be considered unfit, because Italy is full (let me stress it: full!!!) of places that are beautiful, charming and “suitable”, with halls of every size and price. An accommodating location manager is not worthy a comment such as “What a nasty place! How in the world did you find it?”. If you were invited in the location you’re about to choose, what would you say? The first knight is very easy to beat but nonetheless it often causes disasters. Incredible!

Second Knight of Fiasco: BadFood. It doesn’t matter how small your budget is, you’ll still have to offer some food. Biscuits during the coffee breaks, appetizers with the cocktails, the buffet, the dinner… Apply yourselves, focus on quality, don’t settle for the standard offers, sloppiness is unacceptable, the “usual things”. Try and avoid culinary oddities, but always offer something unusual, something that attracts the attention!
Ask the catering service to taste the food in advance, especially those “unusual” specialties. If your budget is tight sacrifice on quantity, but never on the quality: you can’t offer anything less than exceptional! Us Italian notice and praise good food, while consider the bad one a blame! 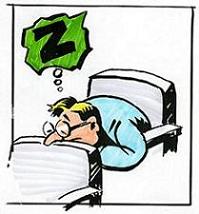 Third Knight: Boredom. This Knight is a coward one. It creeps inside the event without being heard and it ruins everything, and that’s because a bored person is impermeable and hostile to any kind of communication. Antidotes? At least three: brevity, variety and lightness. Plan short speeches: no more than 10 to 15 minutes; if they are longer, ask the speakers to have breaks in the middle. It’s easily implemented and it works. Alternate the longest and most boring speeches with something different, lighter and shorter, such as videos, interviews, a guest, a prize-giving ceremony, the announcement of a novelty, a coffee break, a short debate, a joke, a slideshow of the pictures of the incentive trip… change register as often as you can!
And don’t be too serious all the time! A bit of smiling is a demonstration of strength and it focuses the attention on the really “serious” matters. 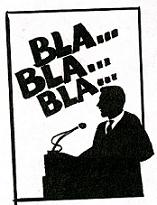 Fourth Knight: HotAir.It often joins forces with the third one, but it’s harder to beat because it lurks inside your very house, often in disguise. It dresses up as Thoroughness and Motivation, waving flags such as “Team Effort”, “Great Opportunities”, “We are Leaders”, and other slogans. It candidly whispers in your ear “You can’t say that!” and that’s how it diddles you.

If you detect the fourth Knight but don’t feel like slapping the speaker that embodies it on the wrist, at least ask them the key words of their speech (use the slides as an excuse!) and periodically ask them how they think to develop their speech.
This will (maybe) induce them to stay on topic, and to keep a lower profile! If you can, try to avoid repetitions and similarities in the various speeches. There’s nothing worst than hearing the same things two or three times: that would be deadly.
The only two solutions to this are: a very strict treatment and short times. Be aware that in the fight against the fourth knight you are exactly in the same condition of the goalkeeper that needs to save a penalty kick: you’re doomed to fail, but if you succeed you’ll be a hero! Stay tuned and… Good luck!

The failure of an event creates a very negative emotion, a sense of uneasiness and delusion and is always caused by those four.
Being ready against their attack is a food start and it will also help you to evaluate your consultants.
If you manage to keep the Knights of Fiasco out and you ally with the Gnomes of Success instead… Gnomes?!?! We’ll talk about them in the next article!