Storytelling: theatre as a protagonist of the corporate meeting

What’s the difference between “explaining” and “telling a story”? Try to “explain” to a child why Snow White ate the apple, maybe with the help of a couple of PowerPoint slides, and you’ll soon understand that. But if…

1. Yet another PowerPoint?
During corporate events, the presentations – even when amazing – often prove themselves to be a weak spot. And adding a “surprise” before or after them doesn’t change the lack of engagement of the audience. Story telling has proved itself to be an effective way to chance many events. There’s a need for real stories. For this reason, more and more often the companies decide to organize their events not only in a scenic way, but in a narrative one: instead of a presentation, real theatre. 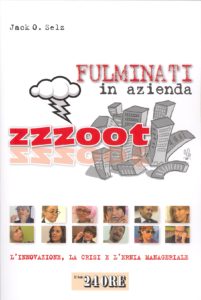 2. Theatre has been at the corporate world’s service for quite a while now
Used in training contexts, it is now becoming an instrument for internal communication and mobilization. From the year 2000, a number of companies, to animate their events and provide some “food for thought“, created videos using the same format as TV series and sit-coms.

Corporate dramatization stages “corporate situations” in a way that is both light and profound. It can be both live or filmed: it always recalls the characters of the Commedia dell’Arte and engages the audience in complex themes that – if approached through a PowerPoint – would sound old and boring. The collaborators, vendors and suppliers have to be convinced that it’s still important to be committed. These people’s opinion of the company rises from their living it daily, with all of their contradictions, incongruities and uncertainties. Theatre can effectively and constructively represent the complexity of the moment.

A typical example is the story of “Zzzoot“. It is a narrative about the corporate world told in the form of a corporate event, of a radio story (Radio24), of a vlog and of a written story.

If the company needs that the people embrace the ambiguity, the uncertainty and the complexity of present and future, it is a good idea to confront them with an imaginary and real company (Zzzoot is the name of a company too real to be fictional and too fictional to be real), a company in which the people can mirror themselves with a smile. Reread ones’ role with humor? But also to abandon the serious tones and preserve the serious themes, and maybe reconsider one’s weaknesses playfully.

Isn’t the ability to tease itself the real proof of the strength of the company and of its will to improve?

3. As for the genre, the theatre can be:
A real show with characters, a plot, dramatic turns of events and so on, inspired to the life of the company.

An alternation of characters (inspired to the roles of the company) that intervene during the event to present their point of view.

A movie that presents important aspects of the company life in a new, fun light.

A game of improvisation.

The staging of famous theatre plays by classic authors that can be turned into subject of reflection. 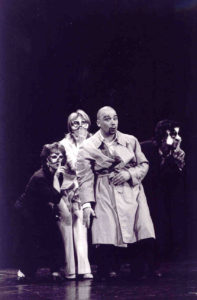 4. Corporate theatre presents aspects that need to be carefully managed:
Always ask to the organization that provides you with the theatre services to write a subject or, even better, a script of the piece they’ll be staging (or filming).

Choose a story that focuses on the complexity of the moment to elaborate new ideas: it’s important to highlight in a fun and engaging way the “moments of truth” of the corporate life, that the audience can spot and find interesting. They have to be able to identify themselves in these moments.

Allow the audience to interact with the story: consider the hypothesis to let them finish the story. The interaction of the audience in the improvisation and conclusion of the narration offers very interesting implications.

May the play begin.