Should I plant a tree or consume less?

To reduce our impact on the environment, there are those who plant trees, those who use clean and renewable energies, those who make the traditional energies more effective and those who buy the VERs, the Verified Emission Reductions credits. What are we talking about?

1. Goal: Reducing the carbon dioxide emissions
The reduction of our environmental impact, most of all of our carbon dioxide emissions, has become a very common practice, not only in the corporate everyday life but also in the organization of events, conventions, concerts, shows. Suggested by the Kyoto goals, it became more and more important with the spreading of the trend (hopefully not a temporary one!) of the green economy. Since a lot is being said about that, maybe not everyone knows much about the ways and instruments to reduce or compensate the carbon dioxide emissions. Carbon dioxide in itself it’s not a dangerous substance: it’s a natural gas which is non toxic for humans, unless in very high concentrations (it’s the gas that makes the soda sparkling and it’s present in a small percentage in the air we breathe). Even if it’s not toxic as, for example the chemical compounds or the particulates, it is very dangerous because it amplifies the greenhouse effect modifying the temperature and the DNA of our planet. To try and contain the consequences, there are two possible solutions: prevention and cure.

2. Is it better to prevent or to cure?
Prevention. If your choice to reduce the environmental impact is prevention, the aim is to reduce the emissions through the reduction in consumption and the promotion of a better energy efficiency. As an example, let’s take the organization of a convention. Where could we save up? Limiting the consumption for illumination through the use ofenergy-saving fluorescent lamps or LEDs. Managing the people’s movements with organized and collective means of transportations, possibly powered by clean energy. Reducing the use of paper in favour of information shared via web. Asking the catering service to provide meals prepared with locally produced food. Choosing to organize the event in a structure powered by solar or wind or geothermal or hydro-electric energy: clean energies that do not release carbon dioxide in the atmosphere.
Cure. In case you decide for the cure, which means to try and make up for the emissions already created, the VERs are the solution you are looking for! The VERs (Verified Emission Reductions) are “environmental credits” computed in tons of carbon dioxide sold by companies that can demonstrate to have reduced their emissions. The purchase of the VERs is a balanced budget: with my activity I produced X tons of carbon dioxide, but to compensate for that I bought VERs from companies whose emissions have been reduced.
The ideal result of prevention and cure should tend to zero. This practice is called neutralization.

3. Two ways to acquire the VERs
There are roughly two ways in which a production reality can reduce its carbon dioxide emissions and turn the savings into VERs. The first one is to produce VERs through reforestation or forestation of some areas: in fact the trees absorb carbon dioxide and fix it in the woody biomass. The tons of carbon dioxide thus absorbed can be turned into VERs to “spend” on other occasions, for example the convention. The second way is to buy VERs from the companies that reduced their emissions thanks to a prior and concrete commitment, decreasing in the consumption and improving the energy efficiency and using clean energies.

4. How to chose the VERs
In Italy there is not an official VER market yet so there’s still a bit of confusion. If a company decides to follow this solution, our suggestion is to buy credits calculated and certified by serious and trustworthy bodies only. Unfortunately the bodies for the certification of the carbon dioxide reductions are like the universities: all of them prepare their students to graduate, not all of them to that in the best possible way. We would also suggest you to use experts that could advise you on the most “transparent” VERs and on the ones that have a certain coherence of goals or affinities in products or geographic area with your company.
This example was followed by the Economy Festival in Trento, that decided to neutralize the emissions produced by the event and the participants’ transportations buying VERs from the cogeneration and heating plant of the Coredo (TN) municipality, powered by waste wood of the area, meaning production of thermal and electric energy from a renewable source. 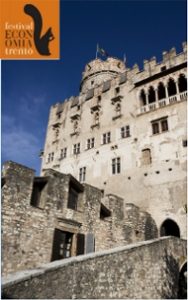 5. Beware of the greenwashing
It’s useless to avoid to point out that neutralization is gaining importance in the contemporary culture as a trend factor, considered by many more like a topic of conversation, also thanks to the compensation offered by the VERs. But if a trend is good for the environment, why not using it? The important thing is to do it in a sensible and serious way, without being tempted by greenwashing, a tendence that eliminates the benefits for the environment but also the credibility of the whole structure of sustainable behaviour.