Next generation teambuilding 2 – an example

New technologies allow the creation of situations “almost” real and very close to the real work. From external to internal company metaphor.

1. The previous episode …
In ‘ previous article, we talked about the next generation teambuilding using interactive technologies (we call them teambuilding 2.0), which allow you to extent the time of the operations and to operate in an imaginary space (virtual reality), where everything becomes possible.
Today we want to enter a bit more in detail providing an example of a successful model.
But let’s step back and let’s get right straight to the roots of teambuilding. 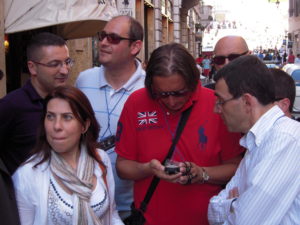 2. What is the teambuilding?
Team building comes from the need of companies to boost energy and intelligence of employees when they work in team. Unfortunately, often the group activity produces results far below the expectations, as if the group intelligence was hampered by the intelligence of the individual, instead of being enhanced.
Of course, the productivity research of companies cannot tolerate these inefficiencies, but on the other side business tasks today have an increasing size and complexity. So a good teamwork is no longer just an option of “business climate”, but a requirement in order to remain on the market.The success of most successful companies is the result of a very tight-knit team that can express creativity and highly competitive effectiveness.
The purpose of building a team is to create the conditions for a working group to find its own internal rules and motivations to increase energy and improve the results in real conditions of work.

3. The office is not the dugout
Traditional models of team-building starts with the following assumption: if Mr Rossi and Mr Bianchi get along well on the dragon boat, then go along well in the office. But sometimes this is not true: Mr Rossi and Mr Bianchi might form a good crew on the canoe, but when they come back in the office they fight or they simply do not want to get on the same boat.
So you began to think that no matter how brilliant, intelligent and intriguing “external” metaphors are, they are just a symbolic reconstructions of reality. It was also noted that often the traditional teambuilding experiences, even if very intense and engaging , are too brief and sporadic to be really effective. So you began to think of “internal”company metaphors, ie the construction of learning experiences connected with the real work,I n which the working groups are involved as they act in their everyday business life and especially for a longer time. 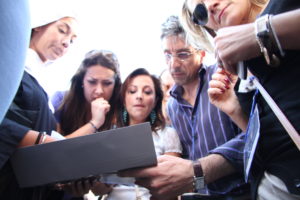 4. Fantasy connected to reality
The model might be simple: you start with a real fact happened in the company to build a plot of fantasy in which the groups must interact as they do every day. But the plot will be studied so that only those groups that will work really and effectively as “a team” will be able get results. And this mechanism will be clear for everyone and will involve groups for several weeks.
And here comes the technology, which offers at least two advantages: 1) it allows to expand the team building duration and to connect people very distant from each other, 2)it allows the organizers to react very quickly to the development of the team building. 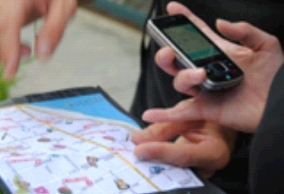 5. An example, at last!
An international market research institute, after a period of turmoil and profound changes in business, decided to shrink the working groups, restoring their confidence and sense of business belonging.
The reference to real life comes from a story, known to everyone in the world of research.
The teambuilding creates a thriller about some market research carried out by the company. The results must be guarded with attention since they are too burning to be disclosed.
The “crime story” immediately assumed that the results are compromised: since all the original documentation has disappeared there should be a “traitor”. All groups are invited to conduct investigations and collect clues to find the traitor, and to seek a way to present the research without raising scandals that could damage the Institute. Group members remain in contact through a social network and a blog.
The groups find out that on the day of the Company Convention the stolen data will be exchanged, thanks to the detection of an e-mail containing suspicious login and password giving the indications for possible wicked meeting.
Only the interaction of the results coming from the investigation of the different groups, would have lead to a solution of the mystery.
In the following weeks, the company encouraged the creation of cross-working groups a blog was created as a means of exchange and development of ideas, creating a kind of social network that had great success. 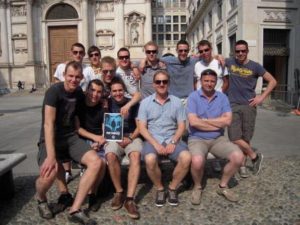 6. So what?
Of course, the use of business situations for fantasy stories is not a novelty. Here the innovation is in the possibility to prolong the teambuilding in time, giving to the event at a fast pace and encouraging a team working. This possibility is offered by new technologies that make the plot interactive in real time.