After a century and a half of trade between East and West, the Japanese business community is much less “mysterious” and the relationship between managers are no longer culturally problematic, however …

1. Westernized, but up to a certain point
Today the Japanese, in many ways, feel very close to the West, but they also live a great and ancient diversity, they justly are proud of.
The sense of honor and respect that characterize Japanese culture, especially in the workplace, helps create serene and efficient encounter situations, and relationship problems rarely arise. However, in a meeting between Western and Eastern, it is natural that sometimes there are small misunderstandings or unintentional tactlessness, but nothing is irreparable! Showing that you made an effort to understand and accept the cultural differences would be much appreciated. They will be well-disposed. Embarrassing situations will be avoided and you will have a successful event and long-term relationships.

2. Organized and precise
Japan is a hyper-organized country, where attention to detail are often driven to breakdown. This is the most remarkable characteristics and you could find it in any act or situation of meeting.
So, if you want a good relationship with the Rising Sun, the first thing is being on time: arriving late for an appointment is almost a snub, a lack of respect.
But organization is not just punctuality, it means also preparation: the Japanese are informed in detail about the company they are going to meet and I suggest you do the same to avoid giving an impression of superficiality. Furthermore, your interest in the activities of the host company will be recognized and appreciated.
A note: the Japanese are known because they never (almost) knock off , and it is true, but there are exceptions such as the Golden Week (April 29-May 5) … so it would be better to not touch this occasion! Time devoted to the holidays is a sacred moment!
3. The meeting
Forget the stereotype of the delegation of Japanese managers lined up and ready for a flurry of bows and cards! Executives are aware that in Western countries the holding hands, presentation is common and the use of business cards is not that hard. However, after shaking hands, you can make them feel at ease by offering guests your business card (with both hands and easily readable for the one who receives it), but also a coffee or tea, without haste.
The worktable will be labeled with the name and that the hierarchical order has been complied: in a rectangular table, the two leaders will be in the center, facing each other, and their respective delegations at their sides, alternating left and right places according to their importance importance. They will be pleasantly surprised. No one at the head of the table. 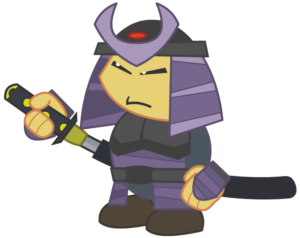 4. Low tone and hands in a proper position
The linguistic difference is certainly an obstacle, and the “Japenglish” – English words adapted to the Japanese language – is often difficult to understand for Westerners.
But for the Japanese the spoken language is not the only form of communication, above all not the most important. In particular, during negotiations great importance is given to non-verbal forms, haragei in Japanese, meaning “instinctive communication”. Therefore, you speak through eyes, with a light and assertive voice and through fast and frequent nods to show the degree of participation, attention and understanding.
No exaggerated gestures and humor are allowed. The gesture is always frowned upon, and the casual dialectic is considered. Pointing the finger or stand up and walk during a company audit, are all actions that could alter the mood of the Japanese guests. The ironic, even to ‘break the ice’ could be misunderstood: the Japanese appreciate transparency and concreteness in conversations, especially in the workplace.
Pauses in conversation are important. The rule is that there is a moment of silence after one has finished speaking, the break expresses the reception of the message. The rhythm of words and silence becomes almost liturgical. And it is forbidden to interrupt or talk in overlap!

5. Italian Pasta and wine
Italian cuisine and flavors are a passion for the Japanese. But be careful dose and energy quantities.A normal pizza is considered enormous, as is believed to be heavy and hyper-caloric fresh pasta. And the cheeses are appreciated. In the buffet dinners do not overdo with bread and related products, and never a dinner with pasta after an entree full of snacks. Wine and other beverages: they are very attentive to energy quantities and percent alcohol. Everything has to be reduced: little doses, a taste of everything, and nothing will be left on the plates, according to the no-waste philosophy of the mottainai: do not throw anything away!
Italian wine will be very welcome, but only for dinner. No alcohol drink for lunch.

6. Hotel and O-furo
The most pleasing accommodation will be comfortable but not too luxurious. In Japan, glitz is considered distasteful and elegance should never be too much. Simple details will be appreciated: a good mattress, design objects and a nice bath. Immersing in hot water is an important ritual that is daily practiced in Japan. The effort to recreate the daily ritual of “doing’ s o-furo” will be very appreciated by your guests.

7. Shopping, what a passion!
A trip to Italy must provide the meeting with the famous brand of Made in Italy! It will be impossible to avoid a walk through the downtown shops and a few visits to important monuments. You will certainly amaze your guests with visits to places usually sought or difficult to reach. Il Cenacolo by Leonardo Da Vinci in Milan or the Vatican Museums in Rome are the two most striking examples, but every Italian city has its hidden gems. They will be very grateful for this attention to detail and for the sense of ‘exclusivity‘ you reserved for them.

8. The gifts
The gift is a form of communication in all cultures, but giving and receiving small gifts, especially in formal situations is essential in the Japanese culture. It is important thinking to small gift, in a refined taste, to be distributed to all members of the delegation. A few expensive gifts just for manager will be appreciated too. You should also differentiate your gifts, the hierarchy must be respected!
Even the packaging of the gift has its value. Materials, colors and size of your packets is very important. For the Japanese gift, cards should not be thrown or torn: they are an integral part of the gift, which must be saved as something precious. It’s not polite to open gifts in front of guests, much less ruining or throwing the paper! 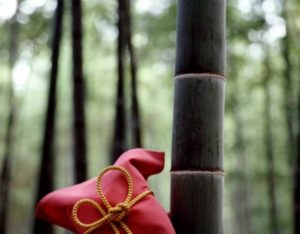 9. A meeting point
Yes, there are differences between Italian and Japanese people. But there are also common features, the most important of which is the love of beautiful things. We can leverage this inclination to facilitate links and make them more intense.