Luxury hospitality: how it was

The Grand Hotel of the nineteenth century was a big noble house where the people used to live together for long periods of time. Very few guests and a huge number of servants.

A bridge between a holiday and a business meeting.

Once upon a time…
The luxury hotellerie was born around the beginning of the nineteenth century both as an answer to the necessity of travelling for business purposes, introduced by the industrial revolution, and as an elitist trend that followed the charm of the romantic idea of the journey. Before that the travellers were mostly pilgrims, merchants, artists, soldiers and rascals… people ho didn’t need a luxurious accommodation. They used to be happy with what they found: taverns, inns, hostels, convents, where the treatment was all but based on comfort and luxury. The noblemen, that used to travel a bit, but not much and mainly if they were on a diplomatic mission, used to be guests of their peers in castles, dwellings, villas and palaces. Some of them, foreseeing an important journey, used to send their servants ahead to buy or sometimes even to build dwellings that could host their masters. Other times… 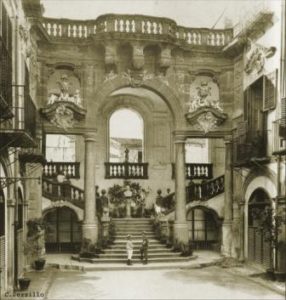 Container of luxury
It’s only in the 1800 that the first luxury hotels were created, structures meant to welcome elite guests and to provide the maximum quality of service and lifestyle possible. The model was that of a private noble dwelling, from which the hotels took inspiration both architecturally and on the matter of lifestyle. Despite all the efforts, those structures could not match the levels of luxury to which their clients were used to at home. An interesting difference between present and past in the luxury hospitality industry is in fact that back then the elite clientele used to live its everyday life in an ambiance so much more luxurious than the one of the best grand hotels, whilst today exactly the contrary happens. The luxury hotels of the nineteenth century tried to fulfil the wishes of their clients to recreate the comfort of their own house in the only possible way: by allowing them to be accompanied by their own personnel and furnishing a very limited service, basically just the cooking. The concierge, today such an important role, in the 19th century was an external collaborator with a very negligible role: he used to sell candles to the guests of the hotels, paying a fee to the hotel to be able to carry on his activity. The waiter service, the wardrobe and the assistance in the room (today we would say “chambermaid”) were provided by the guests’ own personnel. In our family, hoteliers since generations, we tell the story of that Russian count who arrived at the Grand Hotel with 42 people at his own service. 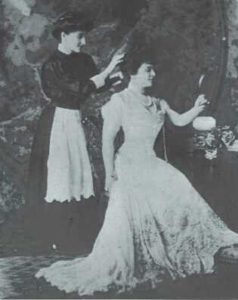 The Wardrobe service
If that wasn’t enough, the noble guests used to have endless outfits, many many trunks that had to be properly stored so entire rooms were used as wardrobes. The result was that an enormous grand hotel could only host a small number of guests because the majority of the rooms were occupied by the personnel and the wardrobes. Of course the rooms weren’t all alike: the ones for the masters were big, luminous and on the front side of the hotel, whilst the ones for the servants were small, on the back or in the attic. It was only in the 20th century, especially after WWII, that the big hotels were massively renovated turning the servants’ rooms into regular rooms, merging rooms together and creating private bathrooms. The total number of the rooms got drastically reduced. To give you an idea: our Grand Hotel used to have 220 rooms at the end of the 19th century, while now it only has 108, despite having built two new floors.

At the Table
In the dining room there was a very peculiar atmosphere. The guests were called by a waiter that used a bell to call them, saying: “Ladies and Gentlemen! Dinner’s served!”. Everyone would sit at the same table (about 30 meters long, in the salon) and eat the same food, even if served by their own waiters. The system was called (and it’s still said by slightly snobbish people) “à table d’hôte” (at the hosts’ table), which means: everyone seats at the same table eating what is offered, like it happens at home. That was the real luxury.

A bit of Luxury Sociology
This “community-like” situation, combined with the extremely long hotel stays (sometimes even months), created the perfect environment for the development of relationships, friendships and business, sometimes even marriages. In this sense the hotel used to have an important role in the social dynamics of the elite, of the economy and the finance. We aren’t talking of the modern “business meeting” yet, but we can clearly spot a “proto-networking” activity. 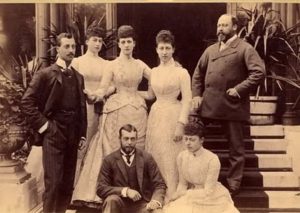 The hotel stays didn’t use to have a deadline, people could stay as long as they wished, with the whole family and the servants. But it wasn’t a holiday as we consider it today, which is something temporary. It was life. Partly spent in a dwelling, partly in a hotel, in the city during the theatre season, partly at the mountains during summer for a bit of fresh air. Bellagio, which was lively and animated throughout the year (it was called “the little Versailles” and had no less than three theatres!) used to have its low season during the summer because it was very warm and with antique clothing made it hard to tolerate the climate. Because of this reason the aristocracy discovered the luxury hotels on the mountains: the Palace and the Kulm in St. Moritz, for example, were inaugurated during the 1870s, the same period as our Grand Hotel. The luxury hotel becomes a more and more important social phenomenon and a landmark for the ruling class. Some people, and it wasn’t that weird, used to have a hotel as their main residence (we are talking of luxury grand hotel of course!) without even having a home. I remember meeting the last of our stable host when I was a kid. He was an old extraordinarily rich with several noble titles that used to spend six months a year at our hotel in Bellagio and the other six at the Palace in Milan, to look after his business and participate at the La Scala theatre season. 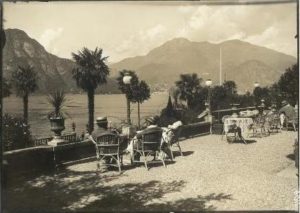 The services
Toilette. In the 19th century our hotel, being a very luxurious one, used to have two common bathrooms in the basements, with a wood burning boiler that provided warm water. As an additional service, people could ask to have a hip bath and jugs of hot water in their room. When you talk about luxury… For the daily washing, the rooms were provided with a ceramic basin on an iron support with a jug of cold water. For the emergencies you would have a chamber pot… made with the finest china of course! All the other necessities could be carried out in the common toilets, one for the ladies and one for the gentlemen on each floor. Our hotel could offer running water in the rooms (only in some rooms) only in the 1940s, after WWII.
Heating. Each guests’ room had a fireplace always kept on y the servants with coal or wood. The servants’ room didn’t have any kind of heating system. The north wing of our hotel, the coldest one, was heated by a futuristic centralized system with huge cast iron radiators in the rooms. In the south wing, a hot air system with vents in each room was considered enough. The average temperature was between 16 and 17 degrees.

That was real luxury!
This was the fin de siecle concept of luxury, less comfortable than nowadays but much more exclusive and maybe even more pleasant to experience. The most sumptuous features used to coexist with more modest (sometimes even spartan) aspects, but that was real luxury, reserved for those who could afford a well off carefree life, without having to worry of how much it cost.