Main concepts for a successful meeting with Chinese delegations.

European and generally Western people points of view are very different from Chinese ones on many topics. Better to know and to have some information more in order to make the right decision and to understand why it is the right one. It will improve nice relations.

Everyone knows that the Chinese culture is very complex and perhaps impossible to completely understand for a Westerner.  As the sage Laozi said more than 2500 years ago: “A journey of one thousand li begins with a single step”.
Here’s some keywords for getting to know (and appreciate) Chinese counterpart. Just a first step. 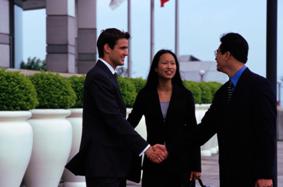 You will never hear a Chinese speaking ill of his Country and his Government. And he won’t even like to hear it from others on their one’s.
Quite the opposite of how Westerners behave. This is not dued to the fear that “walls might have ears”, but to the values of fidelity and loyalty to the Country. These value is deeply rooted and sincere, since it is one of the ‘Five Constant Virtues’ (fidelity, benevolence, righteousness, order, wisdom) introduced by Confucius in the fourth century B.C. 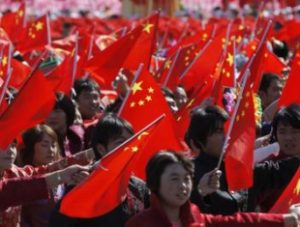 These values permeate the Chinese culture and ethics at a very deep level, unlikely the average European, that has grown according to the principles of individuality, democracy, equality, freedom of thought and expression, self-determination of peoples and ethnic groups.

Attention then on how you talk about topics related to your respective countries. A Chinese interlocutor doesn’t like at all to hear you criticizing or mocking your compatriots, especially rulers. A similar situation could deeply embarass him, since he will have to let the conversation drop, not being able to do the same on his country.
For the same reason it is important to avoid talking about sensitive topics, such as the Dalai Lama, Free Tibet, Tian’anmen Square massacres, just to name a few.
We must have the sensitivity to recognize on which side of the coin you look at the history, especially when it comes to recent history. 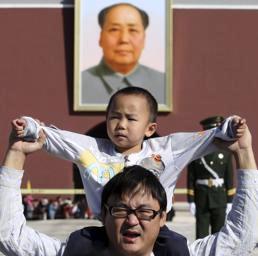 3. Cina   Zhōngguó   中国
A Chinese is a Chinese, not a generical Asian. Do not try to be nice throwing out some words in a random Asian language. If you tell a Chinese ‘arigato’ (it means thanks, but in Japanese) he will probably feel mocked. Not only because you would look as if you think “all yellow people are the same”, but mainly because you would show not to recognize China’s cultural supremacy in Asia (and in the world, according to the Chinese).

China was already a civilized empire when his neighbors were still barbarians. The word ‘Zhongguo’, which means ‘China’, is composed of two characters: the first 中 means “the center”, while the second 国 stands for ‘kingdom’. The overall meaning is precisely ‘Central Kingdom‘ (and not ‘Middle Empire’, as it is usually told). 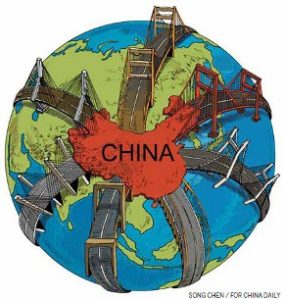 Over the centuries, the term has indicated the centrality of China, both at regional and cultural level. The Empire has never had extended contacts with other countries on an equal level, just because it never faced comparable cultural sized societies. And the fact that the Chinese Empire should have had an absolute dominance position was regarded as a law of nature, a divine mandate.

It is therefore very important to know that Chinese have a high regard of the long history and civilization that’s behind their country, especially nowadays, dued to the impressive economic expansion. However, Chinese do not like to be stereotyped as “the man who used to eat white rice and now travels with Ferrari”. Then, avoid giving the impression that you consider them as people coming from an underdeveloped country, recently miraculously healed. 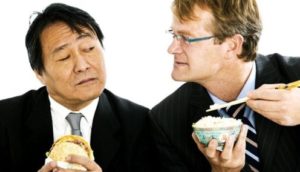 Chinese people is strongly hierarchical. I have already told it in another article, but the issue is so important that it should be resumed.
Making mistakes in handling hierarchies can generate serious problems. Not only for the offended pride of the highest rank, but especially for the embarrass and humiliation caused towards its lower rank employees.

So how to deal with a Chinese group, considering the importance of hierarchies? First of all it is essential to identify, preferably in advance, the most important delegate and his subordinates by different degrees of importance. The pyramid will then be served in a hierarchical order. Services include even common activities: serving a cup of tea or a course, offering the first available room (attention: the high rank should always stay in the most comfortable room), reserving seats in a meeting audience, offering a gift, possibly with a visible difference in cost proportionate to the hierarchy ranking.

The concept of Tì (literally: the youngest’s duty) was introduced by Confucius as one of the behavioural rules for the good Chinese in society. Its main function was to maintain the established order starting from the smallest social unit, the family.
In other social environments the hierarchy is based not only on seniority but also on the educational and cultural attained degree. Studies, talents and skills can improve the placement on the social scale, especially nowadays, after the higher education spread. Within a Chinese delegation, it is not infrequent to find a young over-thirty head of delegation and a respectful over-fifty subordinates.
Finally, attention: it is important to know that even a Chinese member of delegation is accostumed to deal with our groups in a hierarchical manner. For him there will always be among us a person who deserves more attention than others! 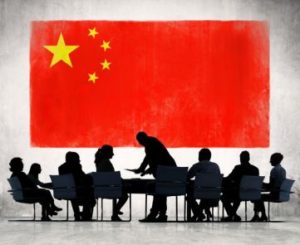 Practices and remedies to ward off evil spirits are still very common in China nowadays, to the point of seeming ridiculous and phobic to Westerners. But disregarding them would be a big mistake.

One of the most well-known Chinese superstitions is linked to numbers and we must have a special consideration for it.
Do you know why is the number 4 considered the most unlucky number? Because it’s a homophone pronounced as the word “death” (si).
In many Chinese buildings fourth, fourteenth, twenty-fourth.. floors are not present. Chinese airlines’ airplains do not have row number 4. Mobile SIM card containing the numbers 4 cost less because no one wants them. Similarly, the registration of a car is less expensive if the plaque contains the number 4. 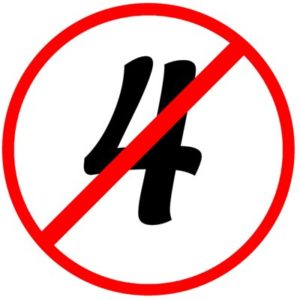 Therefore, if you prepare a gift or a souvenir for your host, make sure that no reference to number 4 is present. And don’t assign hotel rooms that contain the number 4 or on the fourth floor!

On the other side, there are also positive numbers, such as 8 assonant with the word ‘wealth‘, 6 similar to the word ‘prosperity‘ and 9 homophone of the word ‘eternity‘. A room with positive numbers will be highly appreciated.
Finally, if you are hoteliers and your client asks you for a room change because he thinks that there are negative energies in it, try to please him.
For him it is a very serious matter!

More keywords in the next article. It will be the second step of a 1000 Li journey.