Is this a candid camera?

Even with a limited budget, it is still possible to make an incentive travel unforgettable. All you need is to sharpen your wits and come up with some good ideas that will engage the participants in a fun and exciting adventure even without them knowing it. The trend over the last few years has been to include an unexpected event – an awkward situation with unimaginable developments – in the incentive travel experience.

These “digressions” have the double intent of strengthening the team spirit and brightening the atmosphere without weighing down the budget.
It’s true, once with the budget of the years gone by, it was not so hard to surprise the group and brighten things up. Only ten years ago, for the launch of a new mobile phone company, a boat was rented in the Caribbean Sea and a couple of MiGs straight out of Hollywood created a colossal set with special effects and breathtaking air maneuvers. All this was for the benefit of the fascinated guests for whom the show was a total surprise.

This was a story to tell to the grandchildren. With the budget cuts of the last few years, the destinations have moved closer to home and the programs have been enriched with creative and entertaining content whose “open-ended” results never fail in uniting the group. If life gives you lemons… 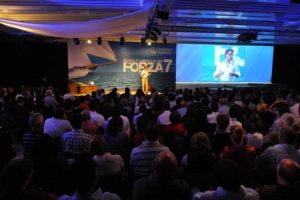 Here are some brilliant ideas that are truly low in cost. The dealers of a distinguished automobile agency were victims of a fake wreck and rescued by their…wives, with the deployment of emergency vehicles and lots of big laughs. The guests of a confectionary company were re-routed to a tourist village that was very different and distant from the one indicated on their invitations.

Rio de Janeiro. A group of quiet boat dealers were to be taken to a nice bus trip from the hotel. However, instead of the usual luxurious tourist buses, extremely battered and multicolored buses came with carioca couriers who, if that weren’t enough, also gave a ride to a group of ugly-faced guys, friends of one of the hostesses because they were “on the way”.

A short time after the departure, under the dumbfounded watch of the guests, the new arrivals began fighting amongst themselves, with the drivers and with the hostesses, each wanting his/her own detour. The couriers gathered together in an open area, they all got off the bus and the quarrel degenerated to a furious and incomprehensible brawl which suddenly transformed itself into a comic ballet with musical instruments that came out of nowhere. The ugly-faced friends were actually members of a samba orchestra that accompanied the group for the rest of the day as they explored the truly typical places of Rio.

To witness pandemonium is fun but, at times, also embarrassing. Playing on embarrassment could also lead to exhilarating ideas, provided that things do not degenerate and that one is careful to avoid creating victims. Often an accomplice among the participants is helpful.

We were in Brazil with nearly 180 guests. The stay had gone beautifully but on the last day, a police patrol told us in an abrupt tone that the Brazilian government required almost every place on our charter. Only a few spaces remained and only those who were in the most urgent need would be allowed to return home. The guests fell for it and it was truly spectacular to hear their unlikely reasoning in an effort to convince the very inflexible officer, who spoke only Portuguese, to let them go. At that point our accomplice presented himself with his exceptionally beautiful wife. “Okay, you two may leave.” There was a roaring protest from the rejected crowd.

The officer thought about it again and told the husband, “You leave, but your wife stays with me as my guest.” General embarrassment, some maligned laughter, and the typically Latin reaction from the husband who had assaulted the officer, provoked dismay among everyone. The police patrol raised their weapons, the fake beard of the officer was ripped off his face and he politely excused himself in perfect Italian. The popularity of the accomplice and his wife flew through the roof. 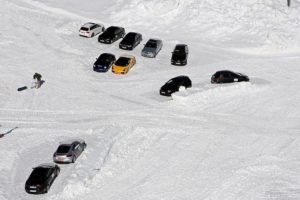 I have served on the jury for the prize for the best execution of an incentive trip. In about one hundred projects, at least half included secret and unexpected moments along the lines of “Scherzi a Parte” (an Italian candid camera TV program). Many were truly genius and decidedly amusing, others bordered on bad taste. One should ask oneself: is the contribution of creativity in an effort to keep the costs low infallible? Not exactly. Of course, it is the evolution of the concept of incentives, which increasingly presents itself not only as a diversion but also as an experience, lived out within your company, shared with colleagues that could very easily become your friends.

When it works, it’s a great success – especially when you think of how little it costs.