How to promote an event with the social networks

Born as a toy for geek teenagers, the social media have now become an extremely serious instrument of work and promotion for the companies as well.

Here are some ideas to amplify the communication about an event.

1. Never again without the social medias
The organization of a convention or an event can be greatly favoured by an intelligent use of the web and its different instruments, particularly the social medias, an opportunity that cannot be overlooked.

And to be fair, the means are abundant: Twitter, Facebook and the news aggregators are only some of the instruments that can contribute to the success of an event and to create a positive publicity effect, producing a media effect both on and off line.

For an effective use of the online communication, it’s important to start by highlighting the differences between an open event (e.g. a concert) and a private one (e.g. a company’s convention). For the former, the social medias can do most of the “invite” work (especially to a younger audience), in the latter case they will be used in a more tactical way, to enhance the various planning phases.

In this article we’ll mainly deal with private events. 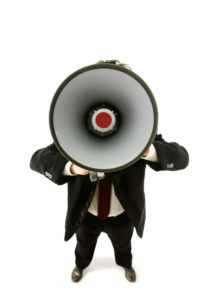 2. Flanking
To boost the standard communication on traditional channels (medias, mailing lists, magazines, corporate website, etc.) the Social medias can act as a megaphone in any moment of the event from its preparatory phase, with the diffusion of contents and technical and logistic information (presentation of the themes, the speakers, the sponsors; description of the menus; etc.).

But that’s not enough: it is fundamental to keep working after the event is finished to receive the public’s feedbacks and to give a sense of continuity. Publishing on a blog or website thoughts, anecdotes, curiosities for example, would encourage the users to add their own impressions, stories and suggestions.

3. Twitter
In this specific case, Twitter offers a number of solutions to signal an event online and diffuse it: one of the most effective is to create hashtags that allow to find, remember and search for the event easily. The hashtag is a convention created by the users to “classify” better a tweet, to use before a key word (e.g. #name event). It is sufficient to use the hashtag in all the tweets related to the event and to encourage the other users to do the same to be followed by the greatest possible number of people.

Another option is to suggest to one’s followers to RT – retweet – a message, to make it reach everyone’s network of contacts.

4. Facebook
Facebook is the social media that is more suitable to launch an event due to its popularity and, most importantly, to the page Facebook Events, one of its most powerful instruments. Thanks to its attractive power, it easily entice people that, before, during and after the event keep talking about the issues addressed, thus creating a community of loyal followers.

Generally it is preferable to create, before an event, a website and a Facebook page. The latter is particularly useful if the event is recurrent (e.g. the yearly convention or incentive trip), because it allows to create a group of friends that remain linked from an event to the other one. 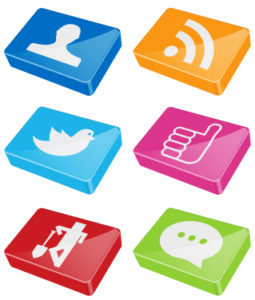 Other instruments offered by Facebook are the “I like it” button and the chance of inviting friends and companies to read and participate, reaching people outside the group and increasing the chance of getting in touch with other companies and professionals and – who knows – maybe even of stimulating future businesses.

The social media allow the companies to communicate their events to people not directly involved (e.g. suppliers, clients, journalists, companies in the field, etc) thus boosting the media effect of the event.

5. Other instruments
But the web is not made up only of social networks: there are many websites that host calendars of conventions and events. It is sufficient to surf the web looking for websites dealing with themes similar to that of our event and subscribe. It is fundamental to keep a high level of interest during the event through an intriguing use of the social media to encourage the people to intervene.

Publishing news of the event on Foursquare or on Gowalla is a different way to stimulate the users and share experiences. 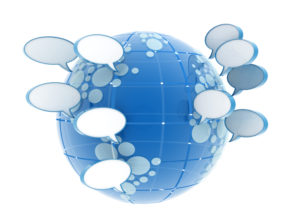 6. Multimedia
It could also be interesting to create a live connection to allow those who are physically present to participate or to create live news to be published online, offering the users a chance to interact.

The use of images is a very effective choice as well: publishing pictures can be at times more direct than the use of many words.

Videos are very useful as well: quick interviews with speakers, sponsors and the audience both before and after the event.

The picture will have to be uploaded on Flickr as well as on other image sharing websites, but it’s important to give it’s picture a precise name, an accurate description and to add the right tags, to share them with the largest possible number of people.