Greenwashing: a canny kind of green

It’s the fake green. It may be considered a harmless advertising technique, but it damages the reputation of those who practice it and also the trust in the market. Silly and dangerous.

1. There’s novelty, unfortunately
A new word is gaining importance: greenwashing. Greenwashing is the degenerate son of a good father, the green marketing, a descendant of the environmental awareness, the noble cause that – at least in words – is conquering almost everyone. A lot of companies decided jump on the bandwagon of the green marketing but it requires a cross-cutting Corporate Social Responsibility policy that is demanding and requires a long time. There are canny people who think that it is possible to join this ride in a cheaper way only embellishing their image waving the green flag. That’s how greenwashing was born: an apparent environmental sustainability with a splash of green here and there. Greenwashing is when a company, organization, exhibition, political party, public or corporate event state their being “green” through advertising and a few individual actions and they use more resources in spreading this statement rather than in really reducing their environmental impact. Who is not aware of cases like this? Even those who attend events and have a small notion of organization know very well how trendy it is to colour an event in green: a brochure printed on recycled paper, a jute bag, a local catering (really? …what about the pineapple, then?!), “don’t print this email, please”, “we’ll print xxx trees in Mato Grosso”… et voilà! We suddenly become sustainable! 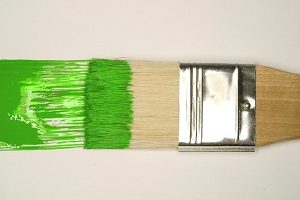 2. No, it’s not just something silly
Greenwashing may seem a trendy nonsense, a way of making random statements, nor good nor bad for the environment, in the hope of selling more or to make a good impression. But greenwashing is actually bad for the environment because it may induce the customers, in good faith, to behave in a way or to buy products that are against the environmental cause and are disguised by a bit of green. And if that wasn’t enough, greenwashing may seriously harm the credibility of the companies and products: on one hand the customers are more and more sensitive to the promises about the environment but on the other they are becoming very strict with those who take advantage of their sensitivity and on the internet forms of exposure and denunciation are developing against these canny people. The greenwashing can also cause a lack of confidence in the green policies in general, also those of the companies that use green marketing in a serious and responsible way. This is probably the worst damage to the environmental cause and the market. So in the medium and long term, greenwashing is a terrible idea also for the companies and brands. A hotel, for example, can convince us of its environmental commitment by asking its customers not to have their sheets and towels washed everyday, but if they didn’t take care of the energetic efficiency in the illumination, or in the heating and cooling systems, the client will easily notice that and will know that the green philosophy of the hotel is just aiming to savings. The risk of being seen as “greenwashers” and developing a negative public image is very close. But that doesn’t that many companies are trying that… even important ones! 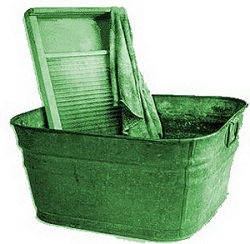 3. A lie with many faces
In the United States, where the term “greenwashing” has come to be very common, there are even ranking lists of the companies that are more untruthful for what concerns environmental themes (www.greenwashingindex.com). Big brands such as Coca Cola, Nestlé, American Electric Power, General Electric, Dupont, Shell, Ford, General Motors are only a small percentage of those who couldn’t resist to the idea of easy “green” actions and that have been punished by the consumer because non convincing in their environmental effort. The most common practices that bring to the accuse of greenwashing are: 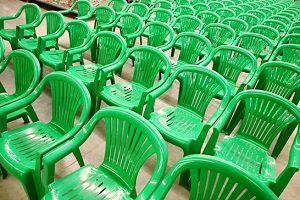 4. Anti-greenwashing regulations
To fight greenwashing, in many countries ad hoc regulations and procedures were created. Here’s some examples but the list is long and gets longer everyday.

Many professional associations and groups of companies, especially in Europe, are taking serious steps against the fake environmental statements. In the USA the Federal Trade Commission (FTC) established a set of strict guidelines against fake or misleading environmental statements in advertising. In Australia, fees up to 1.1 million of dollars were impose on the companies that would advertise environmental behaviours not adhering to the truth. The Norwegian government forbid the automotive sector to produce comparative commercials on environmental themes. The UK asked the Malaysia Palm Oil consortium to withdraw from the BBC the commercial that used to define the product as “A gift from nature, a gift for life that helps the planet to breathe and creates sustainability”. In France, the Agency for the protection of consumers decided that the cars in the commercial have to appear immersed in traffic in actual streets where they are commonly used and not in “green places”. What about Italy? In our country, greenwashing is having a vast success because there is still no official regulation against that, except for those cases that are so patent and severe that are almost frauds. If that wasn’t enough some Environmental Associations, Public Bodies, tv programs and media act (involuntarily?) in favour of greenwashing. But something is starting to move in the right direction thanks to the environmental websites (you can google “greenwashing Italia”).

5. Greenwashing is viral
As we have seen, even if it looks just like something canny to do, or even a frivolity, greenwashing makes real damages: it lies to the consumers that would like to choose sustainable products, confounds the purchasers and makes even those producers who are actually rethinking their producing techniques look untrustworthy. The problem affects all the companies and all the sectors of production, because even if your company has not been accusing of practicing the greenwashing, the suspect and lack of trust will spread throughout the market and it will get harder for the consumers to understand how to choose products and services that are really green. It’s important to fight against the greenwashing because it is a constraint to development of sustainable economy, the economy of the future.