Esino Lario: An Entire Village Turned Into A Location

Esino Lario, a small village surrounded by Alpine mountains in the Province of Lecco, hosted Wikimania 2016, the annual Wikipedia meeting, the most famous online encyclopedia. More than a thousand participants, most of whom hosted in private houses. Pietro Pansa, civil engineer and Mayor of Esino, describes Wikimania 2016 as a complex game, that deeply changed his town. A big, collective celebration.

How did the adventure begin?

In 2013, I wasn’t Mayor yet, but I was part of the committee that was working on the candidacy of Esino to host Wikimania. At a certain moment in the selection process we realized that we really stood a chance of winning. At that time Esino didn’t have a Mayor, so the committee decided to run for municipal office in order to support the Wikimania project. In 2015 we won the elections and I became Mayor of the town.

To what extend was the population involved?
Basically from the start. Before doing our feasibility study, we needed to know if the inhabitants would have hosted the participants. They immediately agreed on that. 470 beds were made available in a village with 500 inhabitants. We used free apartments and rooms in private houses. 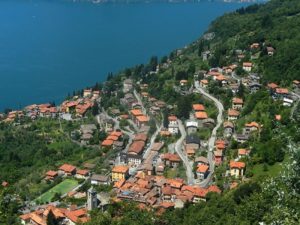 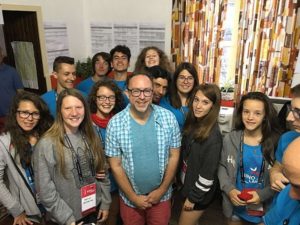 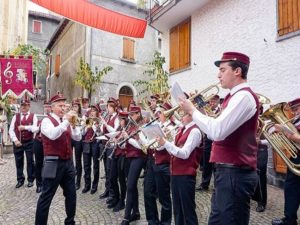 Esino has a tourist tradition. Is this why it has been possible to accommodate so many people?
Yes, it has always been a holiday destination. In the 1970s we had more than 12,000 tourists in August and 17 hotels. Then holiday habits have changed and now people prefer to spend their holidays far from home. Almost all hotels have closed, only two of them are still open. When our candidacy has been approved, the whole town rolled up their sleeves and got involved in the project with great enthusiasm. After two years of preparation, all the executive work has been done in the last year.

How much did you work to adjust Esino to the participants’ needs?
First of all, facilities. 380,000 Euros have been invested in infrastructure. Roads had to be fixed, and then the Wi-Fi connection, meeting rooms, a cafeteria for hundreds of people, kitchens, and so on.
To host Wikimania we used existing structures. We have adapted and fixed them. Now we have:

– a 280-seat movie theater and a new parking lot
– a 40-seat room in the new museum, finally opened after 10 years
– several meeting rooms in the renovated old museum
– 700 seats in the sport arena (with new escape routes)
– deployment of high-speed fiber optic network
– free Wi-Fi connection in the most important public spaces
– a connection between the school and the museum, with accessible routes for disabled people
– a temporary 3000-sqm tensile structure for the cafeteria 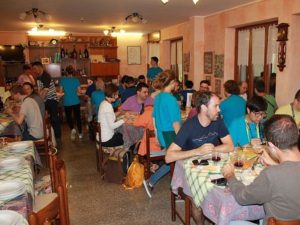 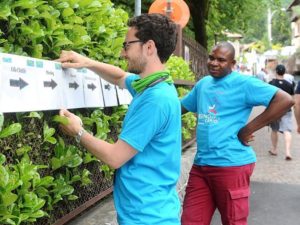 How did you get funding for your project?
The committee received 200,000 Euros from Wikipedia Foundation and as many from Cariplo Foundation. Esino had a 200.000 Euros budget surplus thanks to its previous administrations. Regione Lombardia and Provincia di Lecco allocated, respectively, 300,000 and 200,000 Euros to road repairs. Two dangerous bends have been removed, old guard rails have been substituted by new ones and 4 kilometers of road have been paved. Regione Lombardia also provided further funding for the movie theater heating system.

So, we can say that politics helped you…
Let me start by saying that our electoral list had no political affiliation, so we didn’t have friends in high places. When we presented our project to Governor Maroni, he immediately understood its importance and personally came to Esino with his motorbike. He took the project to heart because he saw how much people had already done without asking for anything, just because they believed in what they were doing.

So basically, Esino gained the sympathy of the institutions
Esino is kind of a special place, full of hard-working, dynamic people. We have 15 voluntary associations, a marching band with 40 members and a living nativity with 120 actors at Christmas. Eastern Lario civil protection is directed by Esino because most of the volunteers live here. Let me tell you a couple of stories. I had just been elected Mayor of Esino when the parish priest told me that the church roof had to be fixed because it was leaking. I knew little about balance sheet at the time and, since all the mayors were pleading poverty, I said we had no money for that. The deputy mayor told me, “Let’s ask Alpini (mountain infantry corps of the Italian Army)”. No sooner said than done. After a couple of days, 20 Alpini from Esino repaired the roof. They finished the work in a week, for free. Second story. Three construction companies from Esino were entrusted with the renovation of the movie theater. Unfortunately, we couldn’t afford to renovate also its wonderful terrace. The three entrepreneurs came to me and asked me, “what are we going to do with the terrace?”, “We leave it like it is” – I said – “we have no money”. They were very disappointed by my answer. A week later, the terrace had been completely renovated. “We couldn’t leave it that way, it was ugly”, they told me laughing. That’s it. 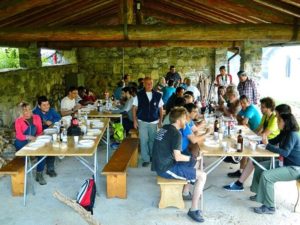 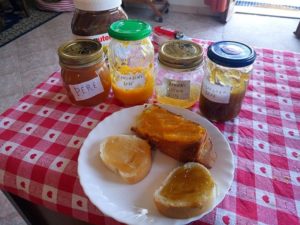 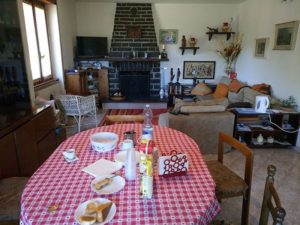 Did you receive any money from private companies?
Yes, some private companies helped the committee, but not the municipality. EOLO (a telecommunications company) offered to build fiber optic broadband networks in town. The only problem was that the cables would have been left outside, exposed to the elements. Hence, we said, “we take care of the underground conduits, you take care of the fiber optic cables”. So we did and now Esino has a 100 Gigabit internet connection. Better than Milan.

How did you manage to provide accommodation for a thousand people?
As I said before, 470 beds in private houses, managed by the municipality. Further beds in two hotels and in the dormitory, managed by the committee. Some participants stayed in affiliated hotels on the lake, while others slept in their tents. We had up to 4000 people. The municipality took care only of private houses. Everything else was supervised by Wikimania, basically the same people. I want to underline this point: we have always worked together as a cohesive group. Privates received 20 € per bed. A nominal fee that many people haven’t even collected.

How did Esino react to this invasion?
Everybody had a lot of fun. A thousand people from 70 countries, speaking dozens of different languages…you know, mountain people and English don’t get along very well. But people managed to understand each other somehow. I overheard two ladies from Esino saying, “we should speak dialect so we can pass for foreigners”. It was like a big party. We were on TV, in the newspapers. It was amazing.

What is the legacy of Wikimania 2016 to Esino?
An important legacy. First of all, facilities and infrastructure that improve the tourist services of Esino and create new jobs. Most importantly, this success has changed people’s attitude. We realized that nothing is impossible if you work hard. We halted the decline of the village and, above all, the passive acceptance of it. Now Esino hosts events every weekend. Everybody organizes something. There is so much enthusiasm. In the future, we’d like to become a low-cost center for scientific congresses. We came up with an acronym: ESINO. It stands for “Esino Science Innovation Hostel”. We are also working on a district heating project. We want to generate energy through the incineration of waste materials produced by the wood industry. But that is a different story. We’ll talk about it another time. 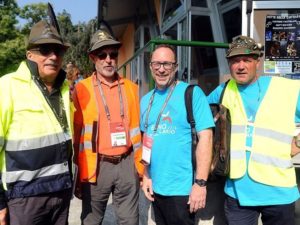 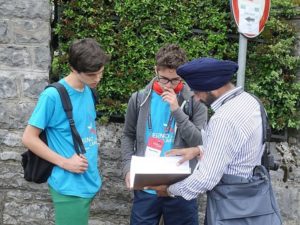 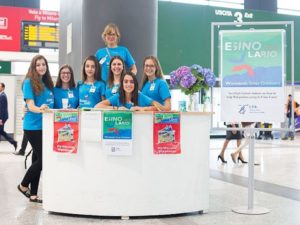