Esino Lario Instead of Manila for Wikimania 2016

In the final vote, a head-to-head contest between Manila and Esino Lario, a village in the Province of Lecco with 500 inhabitants, the latter prevailed over the capital of the Philippines. Here’s the story of a Wikipedian who took part in Wikimania 2016

1. If it weren’t… but instead…
If it weren’t for the 12-kilometer winding road connecting Esino with the rest of the world, for 500 “hoteliers” that welcomed us in their houses, for the pure mountain air… if it weren’t for the light of starry nights and the deep darkness of the valley, if it weren’t for the scent of hay in the fields and that of mushrooms in the woods, and the view of the lake down below. Well, if it weren’t for all of this (and much more) we could say that Wikimania 2016 has been a conference like any other. On the contrary, we have to admit that it was a truly unique event, especially because of the venue: neither a big hotel, nor a conference center, nor a university like in the past, but an entire village in the middle of a natural park between the mountains. And to think that we could have been to Manila! It went well after all. 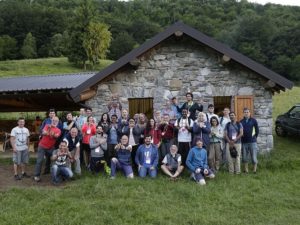 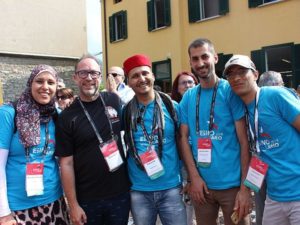 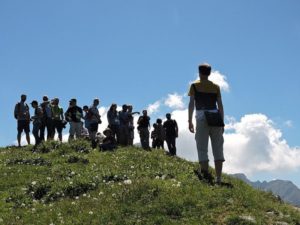 2. We fit in, and we had a lot of fun.
We were about 1200 participants and 150 volunteers, among people from Esino, Wikipedians, students and sympathizers. We come from 70 countries in the world, mostly Europeans and Americans, but also Asians and Africans who came to Esino at their expense or thanks to a travel grant offered by Wikimedia Foundation or the national Wikimedia chapters (such as Wikimedia Italia, Wikimedia Mexico, Wikimedia France, etc.).
Wikipedians that have just arrived in the city received a welcome bag with a t-shirt, the program, an information pack about Esino Lario and a rain poncho. People who chose to stay outside the village were also given a flashlight in order not to get lost in the woods.
Almost 700 were accommodated in Esino, while the others stayed in hotels in Varenna, Perledo and nearby towns. They were hosted in some small hotels and B&Bs, dorms, but mostly in the apartments offered by the inhabitants. Some people preferred to sleep in their own camping tent instead.

3. The nerds were the first ones
The first participants came to Esino a week before the event, but most of the Wikipedians came on Thursday, June 21st. The event started officially on Wednesday 22nd with Hackathon, two days devoted to computer technology.
Wikipedians from all over the world worked together in the classrooms of Esino primary school and in the kindergarten theater. They tried to develop new IT tools to simplify, for instance, Wikipedia contribution system and the control of the contents.
After the first two days, programmers went on working in a classroom of the primary school that remained open around the clock for the duration of the event. 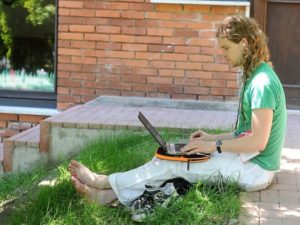 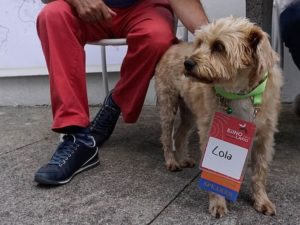 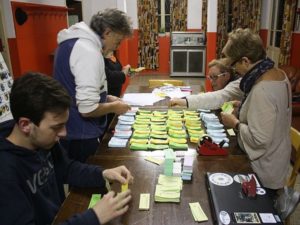 4. Everything went smoothly
Many people arrived on Thursday 23rd June. The registration and placement process took place in Albergo Italia, while the square had become the bus station for the buses coming from Varenna. The organization was impeccable and everything went smoothly. The people from Esino did their best to speak English…with hilarious results. We, Italian Wikipedians, tried to help them to facilitate communication.
The following day, Jimmy Wales, co-founder of Wikipedia, held the opening speech at the sport arena. Since there wasn’t enough room for everybody, some of us watched the ceremony from a screen in the newly renovated old movie theater in Esino.
Meals worked this way: everybody got some meal tickets that could be used in the bars and restaurants of the village or in the Wikimedia cafeteria.

5. The location increased our enthusiasm and concentration
Three days of intensive work with over 100 sessions. An exciting work because it was very productive and collaborative. Choosing Esino Lario has been a brave and surely successful decision. Contrary to big cities, where people scatter after the conference, this time we were kind of “trapped” in the village and surrounded by a unique atmosphere. Drinking a beer in the open air, while chatting with friends that up until then you had only known virtually. It has been truly an amazing experience. 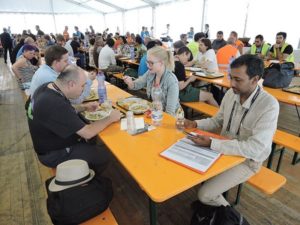 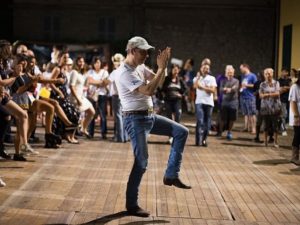 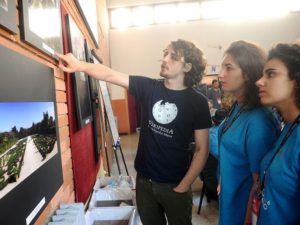 6.Wikipedians do not live by work alone
The side events were highly appreciated too: chocolate and cheese tasting at the tensile structure, liquid nitrogen cocktails and the small train connecting the different venues. With Wi-Fi connection on board, of course.
All in all, the weather was fine and we had to use our rain ponchos only on our last day. But every cloud has a silver lining: during a storm I found shelter under a roof with some friends and with Milos Rancic, a Serbian Wikipedian, who kindly shared with us his Rakia (a fruit brandy made from plums), great for socializing and feel warmer.
Wikimania wasn’t only about work. After the conference, it was possible to take part in different activities such as hiking in Grigna Regional Park, guided tours in Como and Milan, a dinner at Baitello di Ca’dell’Alpe, tours of Esino, concerts, happy hours, exhibitions, wine tastings and a successful country night with a mechanical bull in the city hall square, dances and western music. Even Jimmy Wales did a dance. He wasn’t exactly a graceful dancer, but he had definitely a lot of fun.
Conversely, the people of Esino were offered guided tours in the virtual spaces of Wikimania to learn the project of Wikimedia Foundation and the national chapters. But the most surprising and spectacular event took place in the sport arena on the last rainy night in Esino: some trained hawks played a 6-meter- tall theremin. Nature and technology blended together to create something beautiful and meaningful. Just like Wikimania in Esino Lario.

7. Esino Lario: a new format for the next Wikimania events?
We can safely say that Wikimania 2016 has been a successful event. The participants loved both the new format and the amazing location, while the inhabitants of Esino have benefited from the great influx of tourists, just like it was in the 1980s. And, of course, the organizers were more than satisfied with the outcome too. They brought home an impressive result and have developed a winning formula that, hopefully, can be proposed again in the future in one of the many places similar to Esino in the world. 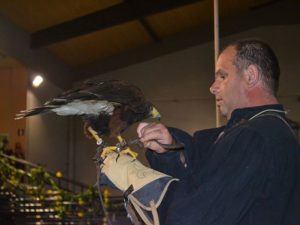 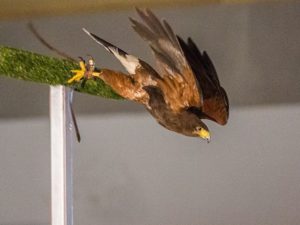 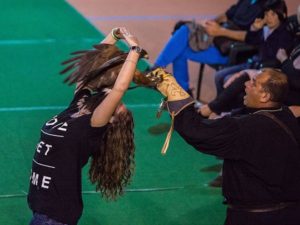