China is getting closer and closer

Business globalization and the increased accessibility of international travels basically eliminated incredible physical distances, even with China!, but they couldn’t do much for the cultural distances, that keep being huge. Who knows the Chinese…

1. Us and the Chinese: etiquette helps!
People that, up to ten years ago, would have never had the chance of meeting, world apart for all that concerns culture, values and sensibility, today find themselves sitting down at the same table and are forced to find an agreement: it’s easy to see misunderstandings and irritations spread. One of the mine fields in the Italian-Chinese relationships it the etiquette.
In the Chinese culture, respecting etiquette especially in working relationships is fundamental, and this is seen by many people as a strictness that can paralyse a good relation.
On the contrary, respecting the Chinese etiquette is a way of communicating the consideration we have for them. For this very reason, some simple clue about the rules of Chinese etiquette can help us to eliminate the mistrusts and creating very successful relationships. 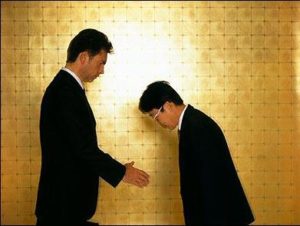 2. The Great Wall: the language
Even more than etiquette, the real difficulty in dealing with the Chinese people is the language. Chinese is a very complex language, absolutely incomprehensible and inapproachable if not after long and specialized studies. The practical use of knowing a few Chinese words is null. During conventions, negotiations and dinners with Chinese guests, it is absolutely necessary to have an interpreter. Don’t rely on their knowledge of English (which, to be fair, is getting more diffused), nor on yours. Using a lingua franca calls for misunderstanding on delicate questions. Your guests will surely appreciate having an interpreter that would spare them having to translate and to worry of not having understood what you said.
During negotiation with a small number of people it is sufficient to have a consecutive interpreter; for conventions and conferences with a mainly Chinese audience it is advisable to employ simultaneous translators and to have the presentations and the paper material previously translated. Unfortunately in Italy the Chinese-Italian-Chinese conference interpreters are still just a few and it is then important to book them in great advance. A good interpreter is also a cultural mediator and will be able to help you for all that concern the much feared etiquette.

3. Hierarchies
In China, as in most of the Eastern countries, the relationships between people are governed by a very rigid system of hierarchy that has to be respected precisely in order to avoid embarrassment or rancour.
When part of an audience, the person highest in rank of a Chinese delegation always has to have a reserved place in the first row, on their left their assistant or interpreter and on their right the hosting counterpart (e.g. the Italian entrepreneur) with their same rank.
It is advisable to enquire about the hierarchic ranking of the other delegates as well (if they aren’t many) and to let them have a reserved place as well. If on the other hand the Chinese audience is numerous, it will be enough to decide the sitting plan for the most important members (it’s important to figure out who they are) and their assistants/interpreters.
For negotiation meetings, the best practice is to set a rectangular table and to have the two parties (Chinese and “Westerner”) sitting each at one of the “long” sides of the tables, the manager sitting at the centre of each side, facing each other. Don’t ever forget to prepare place cards with the names of each participant.
At the end of a conference, a meeting or a dinner with Chinese guests it is good manners to let them leave first.

4. Hands to yourself
Chinese people don’t appreciate people to gesticulate and the excessive use of hands during a speech or a meeting is considered vulgar and distracting, as well as pointing at something or someone with a finger.
Similarly, physical contact is considered unpleasant and handshakes don’t have to be too vigorous or prolonged or you’ll risk seeming domineering.
The exchange of business cards is an important and highly ritualized moment: it is mandatory to offer and receive the card with both hands and to put the one just received on the table. Putting business cards in a jacket pocket or, even worse, in a trouser pocket is considered insulting. If you can’t put them on a table, hold them instead!

5. At the table
A lot could be said about the Chinese culture, but knowing a few rules on the Eastern politeness will be enough. Punctuality first of all, it’s the most important rule to follow in any case, a dinner as well as the beginning of a meeting or a convention. When inviting a Chinese delegation for lunch or dinner, it is customary to inform in advance the assistants of the boss on who is going to pay the bill; if the delegation insists on paying let them do so. It’s important that, from the very beginning of the meal, is clear who is the host and who the guest. The guest will be the one who will start eating first, thus beginning the banquet.
In this context as well, hierarchies are fundamental: the most important guests will sit close the most important hosts and so on…
Again, it will be important to have a place holder with names visible to everyone. If the Chinese delegation is too big for a single table, prepare a number of them, possibly round, according to hierarchies: never have people of different status sitting at the same table! 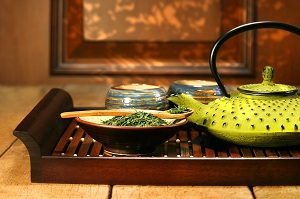 The topics of conversation can be various and fun, especially if our new Chinese friends will start proposing numerous toasts (in Chinese “gan bei”) and the alcohol content of the evening will begin to rise. Eating is an occasion for frivolous subjects, not for talking about business nor serious and sensitive issues (e.g. Tibet, Tiananmen Square, the Dalai Lama, and so on).
The differences between Italian cuisine and the Chinese one are enormous, but Chinese people are curious and ready to try new “wine and dine” experiences and for this reason, and out of politeness, they’ll be glad to try everything.
Define in advance with the restaurant the menu and beverages, thus avoiding to waste time during the banquet: your guests want to be served quickly and they generally dislike spending more than an hour at the dinner table.
As for the food, it is advisable to avoid cheese and risottos, soups are appreciated starters. As a main course fish and shellfish or pork and beef accompanied y cooked vegetables are generally very appreciated. Chinese people usually like Italian and French wine, still water and orange juice. They really appreciate watermelon.
At the end of the meal, instead of coffee you should offer a green tea or a jug of boiling water, used in China as a digestive.

6. The presents
A Chinese saying states that “Courtesy requires reciprocity”. When invited to a convention or a meeting, Chinese people will never arrive empty-handed and as a consequence they’ll expect to receive a souvenir of your country. Don’t ever give them a watch or something that has to do with number “four” as they are considered synonyms of death. Avoid bulky object and prefer designer object or accessories.
Chocolate is also a very good idea.
Don’t ever wrap your present in black or white paper as it is considered to be a bad omen, it’s better to red or bright wrappings.
The best moment for gift exchange is at the end of a meeting or a dinner. Your Chinese guest won’t open your present in public, don’t open yours either: you’ll just exchange the presents with a light handshake and a formal “Thank you”.

7. Spare time
The best gift you could ever give to a Chinese person visiting you in your country is one or two days of spare time. The political situation in China is quickly getting better, but it’s still difficult for the citizens of the Popular Republic to obtain a passport and the visa that are necessary to travel abroad. For this reason, travelling in a foreign country is considered a honour and the greatest of lucks.
Even if you have tight deadlines, try and find a couple of free days for your guests and to give them the chance, for example, to visit a historical city, ideally accompanied by a Chinese speaking tour guide. 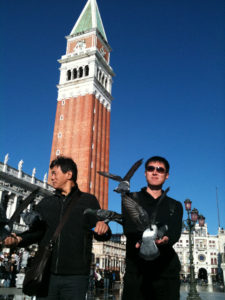 But even more than a guided tour, the most awaited and inalienable moment is the shopping. A designer dress or a European design object are highly appreciated and desired status symbols that our Chinese friends, if they can afford so, will buy not only for their wife but also for friends and family.
A gift from Europe prolongs the pleasure and the privilege of having visited it.