An event organized with Bon ton stands out the Company, its managers, its brands. The Bon ton makes relationships easier and launches membership micro-signs. Its rules are worthwhile.

1. Bon ton is marketing
Does the Bon ton still exist? Of course it exists, but it is an updated Bon Ton.
Bon ton is the grace of being able to live with peace of mind any situation, without embarrassment or complexes. Far from being a trend or a class- system formality, the bon ton makes relationships easier.
No matter who you are, Bon ton is a distinguishing factor that communicates a lot, and in business communications is marketing.That’s why Bon ton is marketing, and this immediately gives a touch of practical utility.

2. The business meeting
In a business event (i.e. a conference) which has a certain degree of formality, the rules of public and official protocol are valid.
A delicate point is the assignment of seats.

During congresses and conferences, when at the table sit many personalities, the most important guest sits on the right of the President and the second one sits on the left, and so on down to the two sides. Here there is no cavalry. The place of men and women depends only on their company role.
In case of double presidency, the allocation is always the same: the pair of presidents is considered as one person.

On the other hand, if there is only one person at the table of the presidency, the podium will be on the of the table and the speakers will sit in the first two rows of stalls. If in the hall there is a central corridor, seats will be reserved according to this rule: the most important personalities in the first front-row seat to the left of the corridor – in front of the Presidency – and symmetrically, in the first place on the right, ‘the “less” important guest, and at the end you can go alternating up to the outside (see figure).

For the second row will start again from the inside to the outwards. 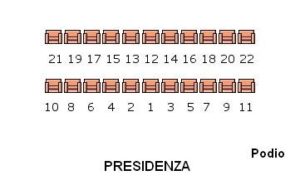 In the absence of the corridor: 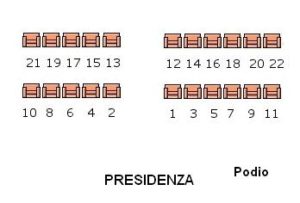 3. The details
The etiquette in the events should permeate every aspect with discretion, in every detail.

For example, the wardrobe, you cannot miss. No guests will be forced to keep his coat on his knees or on the back of his chair, and if this happens, a hostess will approach guests discreetly, offering to bring her coat in the cloakroom.
The registration must have an adequate number of hostesses in order to avoid long queues. The hostess should give the “welcome” to those who submit to the desk and should be fast, trying to solve every kind of problem.

Signs. Should be abundant but discreet and synthetic. A tableau at the entrance will describe the arrangement of the room, exits, toilets, refreshment area, so that no one will feel lost. Nearby the event program with schedules, speaker names and possibly an abstract of each intervention.

4. Fairs
The busy dynamics of the fairs often sacrifices the Bon ton and Business Etiquette. Nevertheless, it is a missed opportunity for Relationship Marketing: indeed, it is an effective “stage” for the company.

Every visitor should be greeted on the exhibition space as a potential customer and should be treated with respect, never as a nuisance to be settled quickly. The Business Bon ton company requires an impeccable style towards everybody, and it could have a positive effect on future very useful positive people. 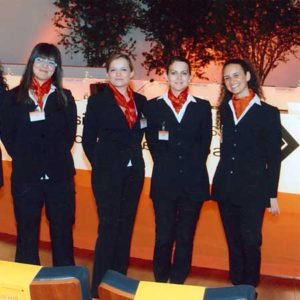 All staff at the booth should follow a company dress code, which involves neither loud nor anonymous uniforms for the staff, a more discreet but recognizable detail for those of highest rank (a tie or a pin). The badge should be always visible, business cards and updated brochure must be always available. Finally, there should be also coordinated and customized support materials (blocks, pens, and pencils), a small gift, and some refreshment as coffee, candy, even just a glass of water.

These are not strict rules, but the important thing is the whole contest, because the aim is to bring out the team and the exhibition space and to create a business style imprinting.

It ‘s a real Bad Ton everything that standardizes and makes anonymous the relationship with the audience: i.e. hostesses distributing advertising materials without speaking, disorder in the booth with brochures and leaflets everywhere, dowdy furnishings, loud music and so on. 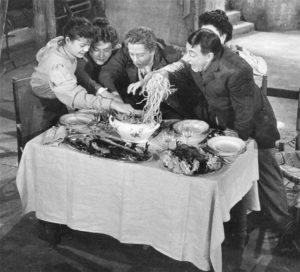 5. The modernity of the Bon Ton
The Bon ton is a business event “ingredient” that makes everything more effective compared to its real cost, and it leads a positive opinion on the company and triggers sympathy.

Yes, sympathy, because the real Bon ton is never affected, nor arrogant, nor dull, nor snobbish. And even old-fashioned.

The Bon ton is updated, following the times and responding to new requirements of social life, because its purpose is to put everyone at ease. 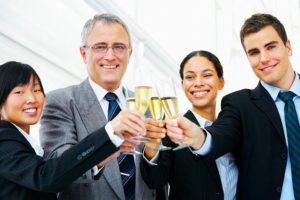 Even internet has a Bon Ton, the so-called “Netiquette” observed by many persons (but never enough), even from the youngest.
Finally, one might say that where there is a relationship, there’s a need of Bon Ton. And where there is good relationship there is respect, because the Bon ton is, first of all, respect and style.